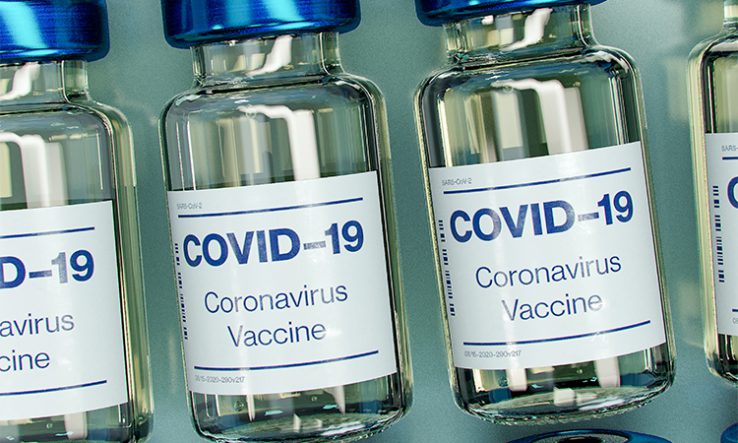 Since the start of the Covid-19 pandemic, the Coalition for Epidemic Preparedness Innovations has played a pivotal role in funding global efforts to develop vaccines over ultra-fast timescales. Cepi has garnered widespread praise for having pushed the accelerator pedal on successful vaccines developed by Moderna, Novavax, and the University of Oxford and AstraZeneca.

Now, for the first time since the pandemic started, rather than directly supporting vaccine development programmes, Cepi has announced a wider call for Covid-19 clinical development work open to any research group with the capacity to run clinical trials. The aim of the $140 million (€116m) call is to plug gaps in the evidence for Covid-19 vaccines, so long as they are either licensed or already in human trials.

Jakob Cramer, head of clinical development at Cepi, explains that the focus in 2020 was on rapidly supporting vaccine development, with the goal of providing two billion doses worldwide by the end of 2021, but now it’s important to broaden the evidence.

“There are obviously a lot of additional questions that come up that are not on that straightforward pathway to licensure,” Cramer says, adding that many of those questions have become more important now that we know the virus will be with us for a while yet. “The aim for this particular call is really to fill in some of these gaps.”

Cramer points out that not only are the vaccines being rolled out the first to be used against a coronavirus, but many apply technologies that have not previously been used in any licensed vaccine. “So there are a lot of clinical development gaps and a lot of information that needs to be generated,” Cramer says. As a result, the call is focused both on the current pandemic and on helping to “understand and build trust in these new platform technologies”.

Several of the knowledge gaps that relate to vaccine safety and efficacy are in groups that have not been well-represented in trials so far, Cramer says, adding that addressing those gaps is of considerable importance.

“We know that pregnancy, for example, is a risk factor for severe disease, and no clinical trial has been performed in pregnant or lactating women yet,” he says, “so this is certainly one focus.”

Furthermore, vaccine rollout so far has been concentrated on vulnerable and older age groups, but frail or older adults living in nursing homes have not been well-represented in large, phase three trials for assessing vaccine efficacy, Cramer notes. This evidence gap has been the cause of some controversy, particularly with the Oxford/AstraZeneca vaccine, with both Germany and France deciding not to offer the vaccine to those over the age of 65.

And while some trials have included 16- and 17-year-olds, none have included younger age groups. “That is certainly also a group that we would like to support clinical trials in,” Cramer says, highlighting that while children and adolescents are not at risk for severe disease, they can play an important role in transmission.

Cepi also welcomes proposals on other areas where the evidence is thin, such as understanding more about the immune response triggered by a vaccine, or assessing whether vaccines are effective against new variants causing major concern around the world. Cramer says the call “allows us to react in a very flexible manner” based on what happens as the pandemic continues to unfold.

Along with the World Health Organization, which in January held a consultation on research gaps, Cepi is a leading member of Covax, the global initiative aiming at equal access to Covid-19 vaccines. In a statement on the new variants, Covax said that research funded under Cepi’s call could include “mix-and-match studies” of different vaccines to optimise their use.

The call is open to research groups in any country, as long as they have access to a vaccine. Cramer suggests that while proposals for those vaccines still in development would inevitably have to involve the developer, trials of already licensed vaccines could be run independently.

“It could well be an academic institution, or even a national research agency, or a network,” Cramer says. “We are not restricted in any way.”

There is no upper limit on funding for single projects, but Cramer points out that the aim is not to support large, costly phase three clinical trials. Nor can the call support research on biological therapies or first-in-human vaccine trials. “It has to be a vaccine, it has to be a clinical trial, and it has to be a project that is already in the clinic,” he stresses.

As throughout the pandemic, time is of the essence. Cramer says that the ability to get trials up and running quickly is a prerequisite, with one of the review criteria for proposals being the ability to generate an interim analysis of data from any trial by the end of the year. “The earlier the better,” he urges.

The nominal deadline for proposals is 28 May, but Cramer says they could close early or even extend the call, depending on what they receive and how the pandemic plays out in the weeks ahead.

To encourage early submissions, Cepi will be reviewing proposals on a rolling basis. “We know if you set a deadline, most applications come in within a week, or even few days, before the deadline,” Cramer explains. “We are prepared to contract in a very fast way, as quickly as possible, if applications come in that address relevant questions.”