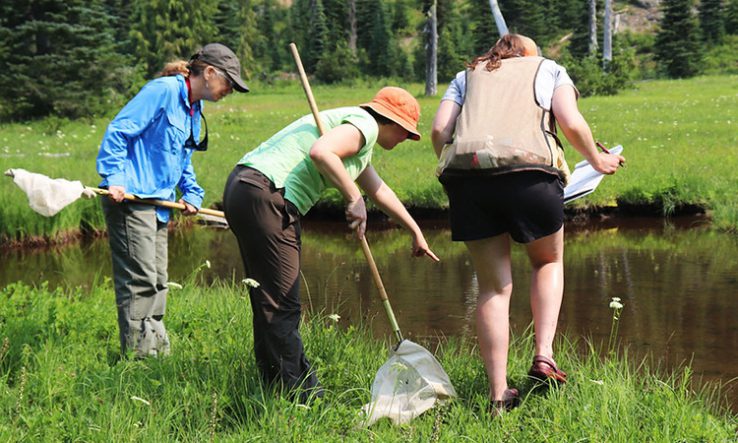 Extending the hand of friendship over the walls of academia can bring on more than just a warm, fuzzy feeling. It can improve a project’s chances of getting funded.

“Done well, citizen science has many things that appeal to funders,” says Erin Roger, chair of the Australian Citizen Science Association (ACSA). “It augments traditional scientific research and monitoring, and provides a unique opportunity to massively upscale by filling crucial data gaps, while driving behavioural changes among the participants.”

This fact is not lost on Australia’s government, which in 2020 announced a A$4 million, four-year citizen science funding programme targeting community participation in science, technology, engineering and mathematics (Stem) projects.

The Citizen Science Grants programme offers A$150,000 to A$500,000 for research that has a national impact and supports community participation, with grants covering up to 85 per cent of costs. The 2020 round closed in December and the next round is expected to open later in 2021.

A poster child for the government programme is the Australian Museum’s FrogID project, which also received New South Wales Environmental Trust funding. Thanks to the efforts of citizen scientists, who have recorded and submitted frog calls across the country, more than 360,000 frogs have been identified and logged on the app.

Remarkable outcomes like these would be impossible without the participation of thousands of enthusiastic amateurs—and as the Australian government increasingly calls on researchers to justify the relevance of their work to the broader community, academics might be tempted to see citizen science as the answer to their prayers.

Citizen science is on the increase globally, and the ACSA has been involved in efforts at the UN to see how it can be leveraged to help achieve the Sustainable Development Goals.

Roger, who is also the citizen science programme lead for the Commonwealth Scientific and Industrial Research Organisation, says citizen science is playing an “increasingly critical national role” in the academic landscape and is “rapidly accelerating in application and scale as a result of technologies such as smartphones and artificial intelligence, which help provide more rigorous data structures and increase accessibility to science”.

Researchers can also look beyond the government for funding. “There are many other avenues for researchers in the citizen science space, such as education, community and volunteer grants, as well as trusts and philanthropic associations,” Roger says.

What are these funders looking for? Roger ran through a checklist of considerations that could help citizen science-based projects move to the head of the queue.

Strong proposals will share important features with any other science-based research grant application—such as advancing scientific knowledge, innovation and careful project design—but they also have features specific to citizen science. These include:

These features echo the Australian government’s stated objectives in its Citizen Science Grants programme, which aims to “effectively communicate key science issues between scientists, the general public and Australian decision-makers in business and government”, as well as to “build skills and capability in Stem and digital literacy in Australian schools and communities”.

The key, Roger believes, is to position citizen science as a “cross-cutting initiative” to show how to “leverage other initiatives or policy objectives”.

“Citizen science projects have the capacity to achieve environmental, social, educational and economic objectives,” she observes.

For researchers who have successfully kick-started citizen science projects, the benefits are obvious.

With seed funding from the ACSA, Jodie Valpied from the University of Melbourne launched a programme to protect an endangered platypus population. “One thing I’ve learnt is how little steps can grow into bigger steps when connections with others are made,” she says. “The community response and support has been amazing and continues to expand.”

These ventures need to be well planned and driven by researchers who know what they are doing. Roger suggests that it is crucial to have some prior experience with citizen science before launching into a proposal. “If a research group doesn’t have experience directly, they should engage groups that do,” she says.

“Often, applicants mistake volunteer experience with citizen science—and while there are broad overlapping objectives, they aren’t the same,” she adds. “Proposals should be collaborative and designed with a human-centred focus.”

Sam Illingworth from Edinburgh Napier University has written extensively about the ethics of citizen science. He explains to Research Professional News that the secret to success is to involve citizen scientists throughout the lifetime of a project, not just during data collection. This gives the participants agency and builds trust with researchers.

“Citizen science is an incredibly powerful way of engaging different publics in scientific discourse and discovery,” he says. “But for a citizen science project to be truly classified as such, citizens need to be involved at all stages, from design to dissemination.”