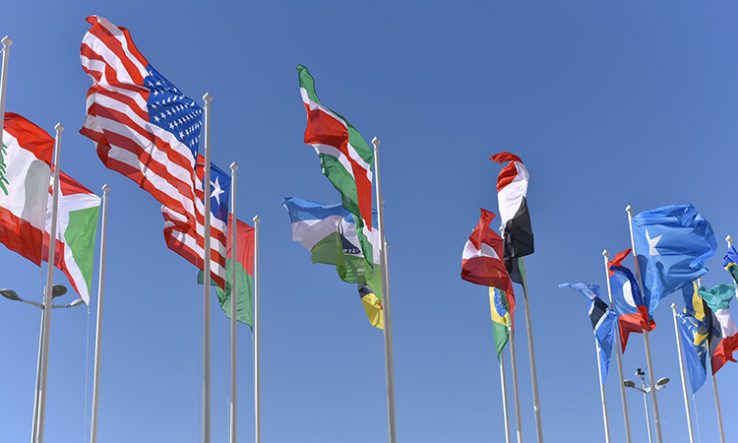 For anyone starting a new job in the last year, things have been a bit out of the ordinary. Kendra Sharp, who in March took the reins as head of the Office of International Science and Engineering at the US National Science Foundation, not only started her role in during a global pandemic but also at the start of a new US administration with big plans for the NSF.

The national funder, which has a budget of $8.5 billion for fiscal year 2021, funds research in all non-medical fields of science and engineering. One of the core functions of the Office of International Science and Engineering is to facilitate and support international partnerships and networks.

Some of these partnerships have been critical to the global response to Covid-19, while others have been disrupted.

“I think our international collaboration is evolving in a positive way in that that we are looking at new ways of doing things,” she adds, pointing out that her office supports collaborations both between individual researchers and between research centres in different countries.

For NSF funding calls open to international partners, Sharp outlines that NSF would typically fund the US side of the partnership and the non-US partners will be funded by another agency, usually in their own country.

“So really, the best way to engage with NSF as a research agency for people who are not located within the US is through the community of our US scientists, engineers, and educators,” she explains, suggesting that if researchers do not already have links with colleagues in the US, the NSF awards database is a great place to start looking for collaborators.

NSF also has specific arrangements with funding agencies in some countries where they will issue joint calls. For instance, there is a long-running programme on the ecology and evolution of infectious diseases in partnership with funders in the UK, China and Israel, as well as a collaboration scheme with the European Research Council.

Sharp says her priorities in the role are to marry up the NSF’s vision with the policies of US president Joe Biden’s administration. In his ambitious infrastructure plan, announced on 31 March, Biden called on Congress to invest $50 billion in NSF to create a technology directorate in the next eight years, followed up with a request to boost spending at the agency by 20 per cent in the coming fiscal year.

“So what we’re looking at in terms of supporting the international partnerships is, first of all, fulfilling the NSF vision, but then also looking at where we overlap with the administration priorities,” she says.

“Where I see changes within the international portfolio is to really emphasise some of those partnerships and be looking at ways that we can build up our collaborations at speed and scale.”

Before joining NSF, Sharp held an engineering professorship at Oregon State University, where she had a focus on international development and founded a humanitarian engineering programme. While she says she has to be agnostic in her role at NSF, “when we when we think about equity and accessibility, then I do start to think about the global science community.”

“NSF as an agency has partnerships with other US agencies, and we do fund different types of science and engineering research that really underpin global development,” Sharp says, highlighting a programme under which NSF partners with the US Agency for International Development. The Partnerships for International Research and Education, which is currently on hold will be relaunched in fiscal year 2022, Sharp says.

Another programme led by Sharp’s office is AccelNet, which brings together research networks across the globe to tackle major research challenges. In September 2020, NSF awarded $17 million to 10 such ‘networks of networks’ and Sharp says they are in the process of reviewing a new round of proposals.

“It’s a programme that we anticipate continuing into the future and that’s a great place for international researchers to engage if there are international networks out there to connect up with,” she says.

One recurring theme in the US research community in recent years has been the ratcheting up of research security with increased scrutiny over foreign influence on research, particularly in the face of competition between the US and China. In 2020, the NSF created a new position of chief of research security strategy and policy, taken up by Sharp’s predecessor Rebecca Spyke Keiser.

"With NSF, for us it’s about being diligent, being aware of risks, but not stifling the openness and collaboration that are hallmarks of basic science,” Sharp says, pointing out that the NSF puts an emphasis on global leadership on grand challenges, and that requires global collaboration.

“We’re not stopping collaborating, that’s for sure.”