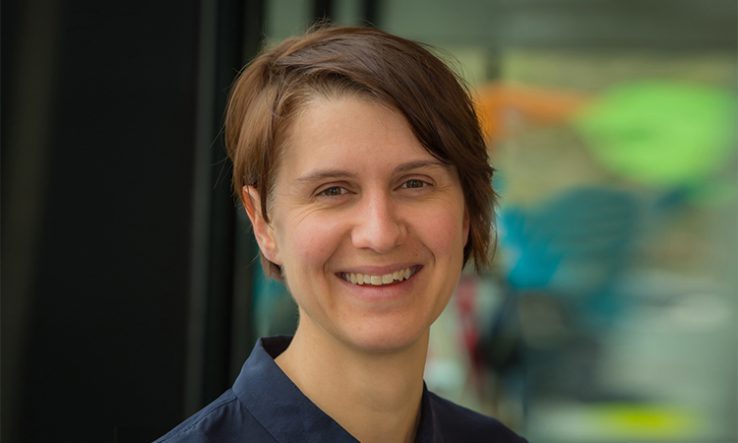 Landing a prestigious Fulbright scholarship not only boosts the CV of any early career researcher; it also absorbs them into a wider world of international relations. With its roots in diplomacy after the second world war, the Fulbright programme links the United States with countries around the world through government-sponsored academic and cultural exchanges.

Emma Rowe, a senior lecturer in education at Deakin University, was awarded a Postdoctoral Scholarship by Fulbright Australia in early 2020.

In February last year, she attended an award ceremony at Parliament House in Canberra, featuring hundreds of the great and good and 140 new Fulbright scholars. “It was so exciting,” Rowe says. “It felt like the biggest thing I’d ever won.”

One of a number of different categories of Fulbright awards, the Postdoctoral Scholarships fund Australian researchers who have achieved their doctorate in the past five years for a research visit of 3 to 10 months in the US. The scholarships offer a monthly stipend based on the costs of living wherever the researcher is visiting, as well as travel costs and an establishment allowance. The 2021 call will close on 6 July.

The arrival of the Covid-19 pandemic in 2020 meant Rowe had to postpone her trip until 2022. In the meantime, she has won a Discovery Early Career Researcher Award from the Australian Research Council, but she describes the application process for the two awards as “chalk and cheese”.

“I don’t think they’re actually looking for these traditional textbook sort of research methods,” she says of the Fulbright awards. She says the scheme is more about a collaborative exchange of ideas rather than churning out data and journal articles, and indeed Fulbright Australia says awardees are chosen on their ability to promote mutual understanding between the two countries.

Rowe says it’s a different way of approaching a research proposal: one that is about “engaging with the community by visiting schools, by having conversations, fostering relationships and giving back”.

“A really good point of advice for the Fulbright is to look at the mission statement—do your homework on who Fulbright are and then take that into note when you’re applying,” she advises.

Rowe got a heads-up on how to position her application by being connected to a number of former Fulbright scholars. She found out that her dean had received a scholarship early in her career and they got talking about it.

“Her enthusiasm about it really sucked me into thinking that I wanted to do it as well,” she says. “Then another colleague applied too—she loved it and had such a great experience.”

Rowe got her colleagues who had been Fulbright scholars to read through her application and give her advice. “I remember one of the big ones was my methodology section, which was far too expansive—it aimed for too much in too little time,” she says.

She also lined up letters from a phalanx of impressive supporters, including three different deans. Rowe says she helped to craft these letters herself, and she made sure they were all unique rather than just copied and pasted.

She was in touch with a network of scholars in her field and had met Christopher Lubienski, her prospective host, at Indiana University in the US as a PhD student, striking up a friendship and a fruitful collaboration. She says that while it helped that Lubienski was easily approachable, the relationship came about because she had taken the initiative and got a conversation going.

Rowe also thinks that ensuring her topic chimed with the mission of the Fulbright programme paid dividends. Focusing on innovation in education, she linked it up to critical global policy imperatives and national initiatives in both Australia and the US.

As well as emphasising the ambassadorial nature of the scholarships, Fulbright Australia says candidates need to show a record of achievement in their field through academic records, professional standing and recognition. In this vein, Rowe had received an award in 2015 from the American Educational Research Association.

“Whenever you can go for an award, go for an award,” she advises, even though she recalls feeling less than enthusiastic about applying for the AERA award while up late one night and with a young family to look after.

“I think with these things, you have to think of every possible thing you can draw upon,” Rowe says. “A lot of people are doing this stuff already, but maybe they don’t make it explicit. It’s a competitive field, so really think through a lot of those micro details,” she suggests.

Another useful tool was having some media experience under her belt, which Rowe says went down well with the interview panel, who made a point of bringing it up. Fulbright Australia says the interview panels are made up of experts from academia, government, professional organisations and the US embassy.

While her media experience didn’t help settle her nerves for such a formidable-sounding interview, Rowe says she was at least used to making her research accessible.

“Education policy sounds a bit dry, really, doesn’t it? So I try to write an academic paper but then I think: ‘How do you communicate that to an audience who might not be interested?’”