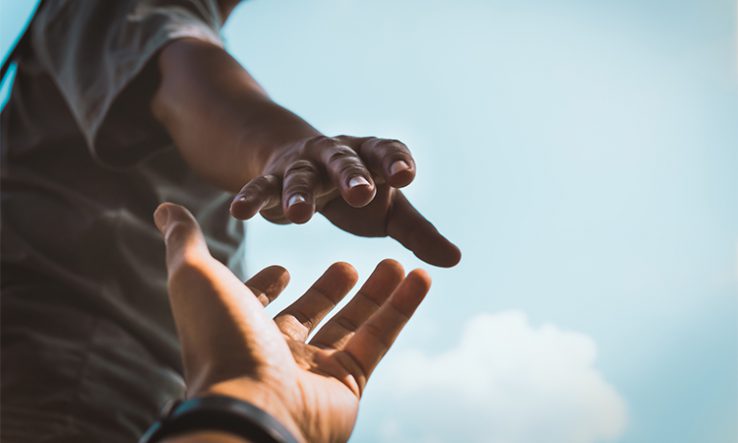 Since Russia invaded Ukraine on 24 February, universities across Europe have been looking at how to help academics whose work can no longer continue as they flee the conflict.

Organisations that work with academics in trouble have already promised help. The Scholars at Risk network, an international group of institutions working to protect researchers who find themselves in dangerous circumstances, has already said that it “stands ready to assist” and has called for measures including “arranging temporary positions for as many scholars displaced from or otherwise unable to work safely in Ukraine as possible”.

The network has had some practice in responding to such crises. In August last year, after the Taliban recaptured Afghanistan, organisations including Scholars at Risk issued similar calls and universities were jolted into wondering how to help.

Last month, the network welcomed guidelines published by the European Commission for institutions. The guidelines detail how to make funding calls for schemes under the Commission’s Marie Skłodowska-Curie Actions programme more inclusive for scholars at risk. The MSCA programme funds doctoral and postdoctoral development, including fellowships and exchanges.

Those guidelines were developed with input from a collective known as Inspireurope, an MSCA-funded alliance of 10 European organisations that creates coordination between European Union-wide and national initiatives to support academics at risk.

Although the guidelines relate to a specific scheme, the Commission says that the recommendations “go beyond the MSCA and may well be implemented by the higher education community more generally”.

As the Commission explains in the MSCA guidelines, researchers at risk are those “who are experiencing threats to their life, liberty or research career, and those who are forced to flee or have been displaced because of such threats”.

Academics could face personal threats over the content of their work, or they could be at risk because of a conflict in their home country—a situation highlighted by the chaos in Ukraine, Afghanistan, Syria and other crisis-hit countries.

While some of those in dangerous situations will have recognised refugee status or similar protections, others will be trying to get to safety outside the refugee process. This could involve securing temporary visas to hold visiting researcher positions at universities.

It means that even though at-risk scholars are able to apply to MSCA programmes, they will often need extra support to get onto them.

Sinead O’Gorman, European director of Scholars at Risk at Maynooth University in Ireland, which is coordinating the Inspireurope initiative, explains that academics at risk are competing with those who “have worked within stable institutions or stable countries for their whole lives”.

“There’s an accumulation and intersection of a number of hurdles or disadvantages, which means that there isn’t an even playing field with other competitors,” she says.

While the guidance is specifically intended for European universities that want to run MSCA programmes at their institutions, and for national contacts for the scheme, O’Gorman echoes the Commission’s advice that much of it is applicable to higher education in general.

The guidance relates to “the dissemination, recruitment and selection of researchers, and career guidance and training of recruited researchers”, and it splits its recommended practices into how to word calls to attract scholars at risk, what to do during the recruitment process and how to support researchers when they arrive.

One of the recommendations suggests that universities should explicitly mention that calls are open to academics at risk when they publicise them, while another suggests offering a dedicated webpage for researchers who are in or have fled from dangerous situations.

Another stresses that universities should “take into consideration the specific situation of researchers at risk during the selection process”. It says that inviting an independent expert to brief selection committees on the barriers facing at-risk scholars, such as how to deal with gaps on their CV when their track record is being assessed, could help.

Once at-risk scholars are part of a programme, the guidance suggests that institutions could designate academic and administrative mentors to help them when they arrive.

“This is a way to acknowledge that often, researchers who have faced risks…don’t always have the same academic networks within the European higher education sector that researchers already living in the host country would have,” O’Gorman says.

Security risks could be another major worry, and the guidance points out that some academics may have concerns about family or colleagues they left behind. “It is important, therefore, that the researcher’s confidentiality be protected at all times during the evaluation and selection process,” the guidelines say.

The guidance also offers examples of good practice where institutions already have a system in place that works well. O’Gorman says that the examples show “universities don’t have to reinvent the wheel, in this respect. There are a lot of good practices and organisations that are working in this field that are available to help them set up any new initiatives.”

As well as supporting the development of the guidelines, the Inspireurope collective itself is funded through the MSCA as a coordination and support action.

The 10 partners—including the European University Association, the Alexander von Humboldt Foundation in Germany and the University of Gothenburg in Sweden—won around €1.5 million (£1.3m) to run Inspireurope as a consortium in a 2018 call under the MSCA.

“What Inspireurope does is it provides funding for coordination between our organisations,” O’Gorman says. “That’s what the added value of the EU funding brings. It represents this joining of forces of organisations whose core mission is to do this work.”

Although the initiative is scheduled to run until August this year, those behind Inspireurope have applied for further funding to extend the programme until 2025.

They already have plans for what they would do next. O’Gorman says the guidance published so far is “still rather modest” and is “not going to result in widening access to very large numbers of researchers at risk”.

“The reason that researchers at risk are not accessing existing European funding like the MSCA fellowships, it’s not only about awareness about these programmes—it goes much deeper than that,” she says, citing breaks on academics’ CVs where they have been fleeing conflict, or a lack of published articles as they could be scared to put their name to some work.

O’Gorman explains that in future work, the Inspireurope initiative is looking for ways to make the MSCA fellowships more inclusive for scholars at risk, which will involve disseminating more examples of best practice for universities to follow.

In particular, O’Gorman highlights the government-backed schemes in France and Germany that are “supporting really significant numbers of researchers at risk in those countries” as examples that the group would like to see adopted elsewhere.

Inspireurope has already submitted a preliminary assessment to the Commission on the barriers faced by scholars at risk, and it has recommended that a dedicated EU fellowship scheme for researchers at risk be set up.

For now, O’Gorman hopes actions like creating the guidelines will help to raise awareness of what universities can do themselves. “These guidelines are not going to solve all of the access problems, but I think that it will begin to open more doors for researchers at risk,” she says.