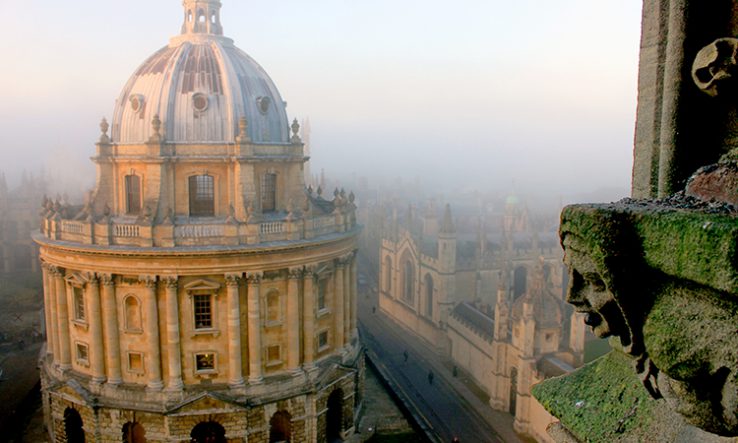 Graduates of the universities of Oxford and Cambridge are piling pressure on their alma maters to uphold offers made to school leavers regardless of their A level results.

An open letter to University of Oxford admissions staff organised by graduates Hannah O’Rourke and Liam Whitton called for the university to “show kindness and generosity to the many pupils whose predicted A Level results were unexpectedly and unfairly ‘downgraded’ by an algorithm” and to make this year’s offers unconditional.

O’Rourke and Whitton told Research Professional News that as former comprehensive school pupils they were “pretty angry” about A level results this year. Almost 40 per cent of teacher-predicted grades were pushed down by exam boards during moderation, and students from schools with historic poor performance were more likely to have their results downgraded.

“Universities can’t simply throw up their hands and say it’s not their problem,” they said, explaining the “most hard-working and able pupils of the class of 2020 have been badly let down” and many “will not have the means to appeal their exam grades”.

“How Oxford responds will also send a clear message to its future applicants: does it care about people like them?” they added.

Worcester College, one of the University of Oxford colleges, confirmed on 14 August it would uphold offers to this year’s applicants regardless of their A level results.

But a spokesperson for the university said it intended “to take every student who meets their offer grades”, as well as students who could have “mitigating circumstances for them missing their grade”.

Once capacity for 2020-21 undergraduate places has been reached, students will have to defer their places until 2021—including those who successfully appeal their calculated grades and then have their place confirmed.

“Our primary concern must be the health and safety of our students, staff and community and it will not otherwise be possible for us to meet ongoing social-distancing restrictions and other challenges presented by the Covid-19 pandemic,” the spokesperson added.

Meanwhile, alumni of the University of Cambridge called on university leaders to honour all offers made to students from state schools.

“We hope that the University can be ‘sufficiently sophisticated’ in its approach to offers in this admissions cycle, and that it does not simply double-down on an unjust grading system which has already proven itself unfit for purpose,” they wrote.

A spokesperson for the University of Cambridge said it was “committed to widening participation and has made significant progress in ensuring its student population is representative of wider society”.

“This year, which has been an extraordinary one, we have been as flexible as we can in our admissions process, within the government restrictions on student numbers,” the spokesperson added. “All our new undergraduate students are accommodated in one of the colleges so we have a limited number of places we can offer, and competition is always high, so we have to work within these physical constraints.”