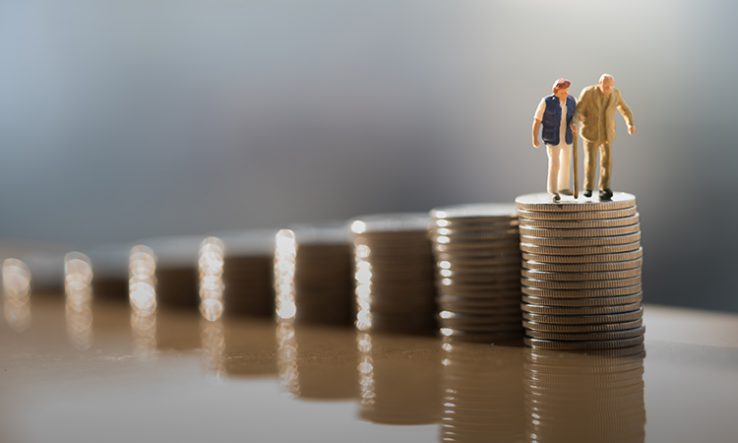 Universities UK has pitched a “low-cost” option for membership of the Universities Superannuation Scheme as part of the group’s consultation on an “alternative path” for the vast but troubled pension scheme.

The employers’ body, which represents the 340 member institutions of the USS, said the low-cost route would provide a “short-term, flexible option for the growing number of early career staff who are currently choosing to opt out of the scheme”.

On 3 March, the USS trustee, which runs the scheme­, revealed that poor market conditions and a so-called ‘technical provisions’ deficit of between £14.9 billion and £17.9bn mean it is “almost impossible” for the scheme to continue in its current form without a significant hike in contributions or a reduction in benefits.

But universities dispute that the scheme is in such poor health, and do not wish to pay in significantly more. The University and College Union and many staff argue that they should not be asked to pay vastly more of their salaries into the scheme either.

On 7 April, UUK president Julia Buckingham said a new low-cost route with fewer benefits down the line “could be introduced to help people at different stages of their lives”. Staff could “pay less for a period but still benefit from valuable employer contributions”.

“This wouldn’t be a replacement for the main USS scheme; it would be an optional, short-term alternative for those who are currently priced out—often those at the very beginning of their careers and those on lower pay grades—as a way of starting to address the inter-generational unfairness of the scheme,” she said.

At present all those in the scheme must pay 9.6 per cent of their salary into the “one-size-fits-all” pension, while employers pay 21.1 per cent.

UUK has described the proposals put forward by USS as “unaffordable” for staff and employers, and argues that the strength of the scheme has been undervalued.

It said the opt-out rate for staff is already around 18 per cent and those at an earlier stage of their careers or those on lower salaries are more likely to leave the scheme.

However, the University and College Union (UCU) has accused UUK of proposing “unnecessary and damaging cuts to USS pensions at a time when the scheme and the universities supporting it could afford to take a more progressive approach”.

UCU said employers “should deliver on previous promises to challenge the USS trustee’s underlying assumptions, instead of attempting to slash scheme members’ benefits”.

The union added that its members were “likely to vote for more industrial action if universities fail to make radical improvements to UUK’s initial proposals”.

UCU general secretary, Jo Grady, said: “UUK’s plans to cut the guaranteed, defined benefit element of members’ pensions are almost identical to the ones which they put forward and which members rejected midway through UCU’s 2018 industrial action—and they come at an even higher price in terms of employer and member contributions.

Grady added that there would be “months of further negotiations and lobbying”. But she added that “as it stands, employers have offered very little to dissuade members from voting for another round of industrial action…University staff deserve much better than the weak commitments and half-baked proposals which employers are putting forward”.

Responding to Grady’s comments, a spokesperson for UUK said: "It is easy to simply oppose change but reform is necessary to tackle the scheme’s funding gap and ensure that USS pensions are affordable for members and employers. We would welcome and be keen to examine alternative proposals from UCU.”

The UUK proposal forms part of a consultation it launched on 7 April, which asks its university members to back an “alternative path” to the 2020 valuation, including the low-cost option.

The employers’ body believes its proposals could help keep some of the benefits enjoyed by members without resorting to the higher contribution levels set out by the USS trustee.

UUK suggested that the salary threshold up to which members accrue defined benefits—a promise of specific payments in retirement—could be lowered from £60,000 to £40,000. With this and other changes plus modifications to the benefits paid, the combined contribution rate for those on the traditional part of the scheme could be kept at 30.7 per cent of salary, UUK said.

The consultation—which closes on 24 May—was launched after the USS trustee refused UUK’s request for a review of the 2020 valuation, arguing that it needed to see new evidence or alternative proposals before it could open a review.

During a briefing for the media, Buckingham stressed the need for a new valuation. UUK “will be exploring all governance options to achieve movement in the valuation outcome”, she said.

“It will be a dreadful outcome is an overly cautious approach by the USS trustee were to lead to unjustified and unnecessary cuts to the scheme,” she said.

In response, a USS spokesman said: “We welcome UUK’s constructive response to the funding challenges facing the USS pension scheme and its focus on identifying solutions to ensure higher education employees can continue to enjoy a valuable, affordable and secure pension. We also share UUK’s concerns over the high opt-out rates amongst some groups of members.”

They added: “We recognise that this valuation has been far more challenging than all parties expected when we completed the 2018 valuation. We have confirmed to UUK that we will review our assumptions once alternative packages are put forward and we have assessed their impact on the overall risk position for the scheme.”