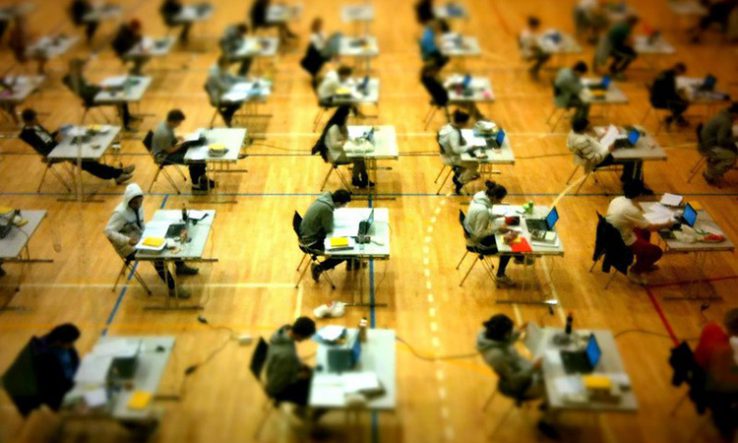 The government has performed a “screeching U-turn” on A level results after days of pressure, scrapping calculated grades and giving students results based on the grades set by their teachers.

Education secretary Gavin Williamson confirmed that calculated grades had been dropped following mounting criticism in a statement on 17 August.

“We worked with Ofqual to construct the fairest possible model, but it is clear that the process of allocating grades has resulted in more significant inconsistencies than can be resolved through an appeals process,” he said.

“We now believe it is better to offer young people and parents certainty by moving to teacher-assessed grades for both A and AS level and GCSE results. I am sorry for the distress this has caused young people and their parents but hope this announcement will now provide the certainty and reassurance they deserve.”

Pressure had been building on the government to scrap calculated grades since A level results were published on 13 August. Around 39 per cent of teacher-assessed grades were pushed down by one or more grades during moderation, and although Williamson promised students could appeal to use their mock exam results instead of their calculated grades, guidance published by exam watchdog Ofqual was quickly withdrawn on 15 August.

Labour Party leader Keir Starmer said the government had been “forced into a screeching U-turn after days of confusion”. “This is a victory for the thousands of young people who have powerfully made their voices heard this past week. However, the Tories’ handling of this situation has been a complete fiasco,” he said.

Nick Hillman, director of the Higher Education Policy Institute, said that while the U-turn would be “a relief” for students, it would “still be a headache for universities”.

“A normal admissions round lasts for months, yet the rules for this year’s round have been torn up just a few weeks before term starts,” he said.

“Institutions will do their best but there are some limits on safe expansion. Nonetheless, hopefully the upheaval will be worth it, with more people finding a place on the right course for them.”

Jo Grady, general secretary of the University and College Union, said the U-turn was welcome but stressed it “should never have got to this position”.

“The political incompetence is unforgivable and there are still many questions to be answered. If he had listened to us and the other voices calling for him to use teacher predicted grades earlier he could have saved us from a weekend of chaos and confusion,” she said.

The announcement came soon after Welsh education minister Kirsty Williams abandoned calculated grades and confirmed A level students in the country would receive their teacher-assessed grades instead. More than 40 per cent of grades set by teachers were downgraded during moderation in Wales.

“Given decisions elsewhere, the balance of fairness now lies with awarding Centre Assessment grades to students, despite the strengths of the system in Wales,” she said, adding that she would make a statement “on an independent review of events following the cancellation of this year’s exams” soon.

Scotland became the first country in the UK to walk away from calculated grades and revert to teacher-assessed grades on 11 August, despite the move causing a 14.4 percentage point increase in the Scottish Highers pass rate compared with 2019—up to 89.2 per cent.

At the time, Scotland’s education minister John Swinney said the calculated grades had “left many young people feeling that their future had been determined by statistical modelling rather than their own capability and capacity”.