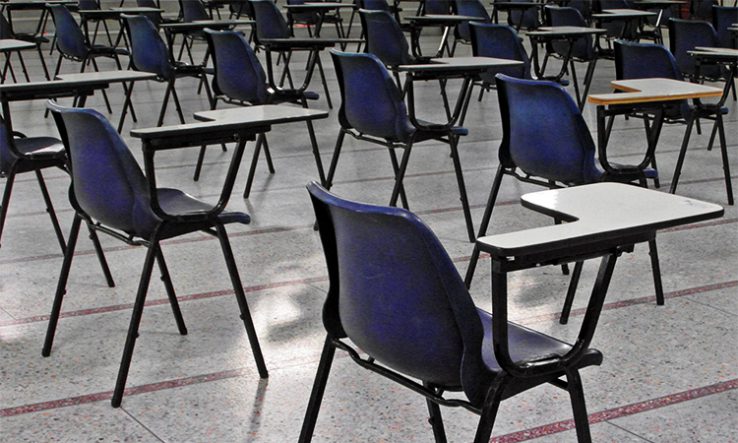 A U-turn by exams watchdog Ofqual over the A levels appeals process has sparked a “crisis of confidence” in the grading system among students and universities, as the fallout from this year’s results continues to grow.

On 15 August Ofqual published detailed guidance explaining how A level students could use their mock exams to appeal their calculated grades, after education secretary Gavin Williamson promised students could fall back on their mock results if they were unhappy with their moderated grades.

At the time, the Department for Education said it was “pleased” that Ofqual had set out how to implement Williamson’s triple lock policy. But the exams watchdog withdrew the guidance just hours later, stating that the policy “is being reviewed by the Ofqual Board and further information will be published in due course”.

Students who want to appeal their calculated grades must do so quickly, as the deadline for securing a university place is 7 September. David Laws, chief executive of the Education Policy Institute, said the U-turn had prompted a “crisis of confidence” in the system, “causing distress to students and uncertainty for schools, colleges and universities”.

“We need a robust A levels appeals process that provides a way out for those students who have been penalised by the system,” said Laws. “It is clear that the use of mock exam grades is not a sound basis for appealing grades—this should now be dropped.”

Laws explained that resolving “the A level grading mess” was “complicated by the fact that decisions on university entry have already been decided”.

A level exams were cancelled this year due to Covid-19. Instead, teachers predicted students’ grades, which were then moderated centrally by exam boards. But anger has grown over the algorithm used to moderate the results—which saw 39 per cent of teacher-predicted grades in England pushed down by at least one grade, with students at schools with historic poor performance most likely to see their results downgraded.

Students cannot appeal their results individually. Instead, schools or colleges must appeal results on students’ behalf.

“No student should be worse off because of government failure. What we need is a return to teacher assessments for this year’s A level results and urgent action to avoid a repeat of the same injustice affecting hundreds of thousands of GCSE students this week,” she added.

Manchester mayor Andy Burnham said he would be taking legal advice over the exams results and would be writing to Ofqual “to initiate action” on 17 August.

Some students have reportedly lost university places after missing their offer grades, despite repeated calls for universities to show “flexibility” in admissions this year. Last week graduates of the universities of Oxford and Cambridge called on their alma maters to show “kindness” to students and accept all offer holders regardless of their A level grades.

In a statement on its admissions process this year, Oxford said it had offered places to more than 300 students who did not get the grades they needed for entry, and the “overwhelming majority” were UK state school candidates from disadvantaged backgrounds, increasing its state school intake to 67.8 per cent—a rise of 5.7 per cent compared with last year.

“It is not possible to give place to all state school offer holders as we are constrained by government Student Number Controls,” the university said, adding it was also constrained by social-distancing guidelines on campus.

However, some individual colleges, including Wadham College and Worcester College at the University of Oxford, have promised to accept students with offers regardless of results.