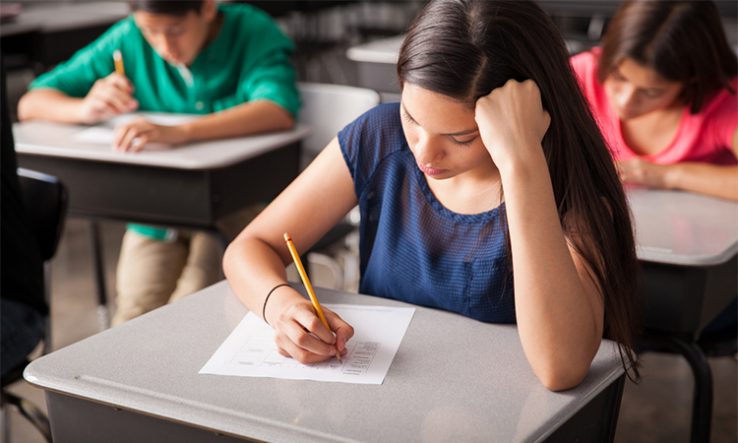 The Westminster government has announced that A level results for students in England will not be worse than the grades they achieved in their mock exams.

Education secretary Gavin Williamson confirmed on 12 August the so-called “triple lock’ will mean that students’ final grades will be the highest out of their estimated results or their mock exam grades. There is also a third option for students to sit a written exam this Autumn in order to determine their results.

“Every young person waiting for their results wants to know they have been treated fairly,” Williamson said. “By ensuring students have the safety net of their mock results, as well as the chance of sitting autumn exams, we are creating a triple-lock process to ensure confidence and fairness in the system.”

Universities in England are currently operating with a numbers cap which restricts the number of students they can recruit from the UK and countries in the European Union. The DfE has said that any students who obtain their A level grades after sitting a written test this autumn will not count towards that cap.

Julia Buckingham, president of Universities UK and vice-chancellor of Brunel University London, said the “last-minute policy change presents a number of challenges for universities”, and that UUK was “seeking urgent clarification from the Department for Education on a range of issues including the likely scale and timing of appeals”.

Larissa Kennedy, president of the National Union of Students, said the use of mock exams results “risks making a mockery of the whole system, given the lack of a standard approach to mock exams and the fact they are not taken by all candidates”.

“This is a botched attempt at a solution which does not fix the problem created by the classist, racist moderation system, that students’ results will be based on where they live not a true reflection of their own abilities,” she added.

“We still believe that England should follow Scotland in scrapping moderated grades. With its triple lock policy, all the government has done is lock in inequality.”

The changes follow what has been described as a “humiliating U-turn” on exam results in Scotland by Scottish education secretary John Swinney.

A quarter of results predicted by teachers in Scotland were later downgraded by the Scottish Qualifications Agency, and students from poorly performing schools were more likely to have their results downgraded due to the algorithm used to moderate grades.

The national lockdown to contain Covid-19 meant students across the UK did not sit their exams this summer, instead being assigned grades predicted by teachers and moderated using a statistical model.

On 11 August Swinney apologised to the 75,000 students who had their results downgraded and confirmed all students will now receive grades based solely on their teachers’ predictions—leading to a 14.4 percentage point increase in the Scottish Highers pass rate compared to 2019, up to 89.2 per cent.

Although he praised the Scottish Qualifications Agency and said they had worked “in good faith”, Swinney said it was “deeply regrettable that we got this wrong” and admitted the results “left many young people feeling that their future had been determined by statistical modelling rather than their own capability and capacity”.

“Perhaps our approach to maintaining standards for the 2020 cohort alongside every other year—even though 2020 is so unique—did not fully understand the trauma of Covid for this year group and did not appreciate that a different approach might actually help to even things out,” he said.

Fresh grades will be received by 21 August and the Scottish government will make sure there are enough funded university places for students to “ensure that no one is crowded out of a place they would otherwise have been awarded”.

An independent review into the botched results will be led by Stirling University professor Mark Priestley, which will report back within five weeks.

Labour Party leader Keir Starmer said the “humiliating U-turn” showed there was “a blatant injustice that thousands of hard-working young people risk having their futures decided on the basis of their postcode” and called on the UK government to scrap centrally moderated grades for A levels.

“With 24 hours before results are released, I would urge the prime minister to change course, or he risks robbing a generation of their future,” Starmer added.

Universities minister Michelle Donelan admitted centrally moderated A level grades in England could disproportionally push more students from poorly performing schools to challenge their grades in a letter to vice-chancellors on 11 August.

University and College Union general Secretary Jo Grady said students “deserve better than this mess” and other countries in the UK “must now ensure that no student misses out because of a flawed system of awarding marks”.

“Allowing algorithms to downgrade marks and hold students back was wrong. Many students’ life chances could still be damaged because of a clearly faulty system,” Grady warned.

Mike Pemberton, partner and a specialist in education law at Stephensons law firm, said the appeals process for A levels—whereby students can only appeal their grades through their school or college—“remains as limited as it was pre-Covid with no direct right of appeal”.