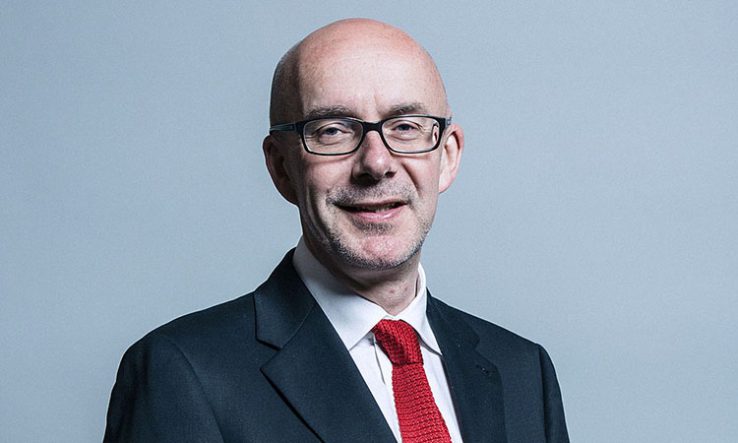 Shadow universities minister Matt Western has urged his counterpart in government Michelle Donelan to “speak up for the autonomy of our universities”, and drawn the ire of an MP on the education select committee.

During a heated meeting of the education committee on 27 April, Conservative MP Jonathan Gullis said that “we need to start sacking people” and that three members of staff at the University of Warwick “need to go” following an investigation into allegedly antisemitic comments.

In a letter dated 28 May, Western called the remarks from Gullis “dangerously authoritarian” and “totally inappropriate”, and said Donelan should have done more to push back on them.

“Academics and the wider education profession should not be vilified through a select committee reduced to the status of a kangaroo court,” he wrote.

In response, Gullis told Research Professional News that he believed the government should have the power to sack university staff who have been found to have been antisemitic.

“Rather than focussing on the important issue we were discussing, Mr Western chose to criticise my words and the response of the Universities Minister,” he said.

“I would have hoped Mr Western could focus on the real issue here—the antisemitism that is blighting the lives of Jewish students around our country, and often goes unpunished.”

Tensions were high during the session, which also saw committee chair and Conservative MP Robert Halfon brand the University of Bristol’s treatment of its Jewish students a “disgrace”, following claims one of its professors made antisemitic comments.

At the time, Donelan responded to Gullis’ comments by saying that the government “can’t sack professors or people like that because we are not their employer”, and as universities are autonomous it is “not a legal requirement” that universities adopt the International Holocaust Remembrance Alliance definition of antisemitism, even though the government wants them to.

Western said it was disappointing that Donelan did not deal “more robustly” with his remarks.

“While you rightly said that the government cannot sack university staff, you made no strong defence of the institutional independence, or academic freedom, that helps make our universities a success,” he wrote.

“Will you now recognise and condemn these inappropriate comments made by your colleague, and speak up for the autonomy of our universities and academic freedom of their staff?”

Western’s comments come amid a row over proposed free speech legislation, which some have warned could restrict academics’ research. There has been some confusion over whether speakers who deny the Holocaust will be protected under the legislation, even though ministers want universities to adopt the IHRA definition of antisemitism.

Although Donelan seemed to suggest that they would during an interview with the BBC last month, education secretary Gavin Williamson strongly denied that this would be the case. Donelan has since said that the free speech bill “is not a right to a platform” and that universities “will not be placed in a position where they are asked to protect a Holocaust denier”.

A spokesperson for the University of Warwick said that although it cannot comment on individual cases, antisemitism “is unacceptable and abhorrent and it will be met with very firm sanctions within our student and staff community”.

“In support of this, and upholding the right of freedom of speech and academic freedom in our statutes, we have recognised the IHRA definition and agreed, by way of policy, that it will be taken into account by any disciplinary tribunal in considering a complaint or allegation of antisemitism,” the spokesperson added.