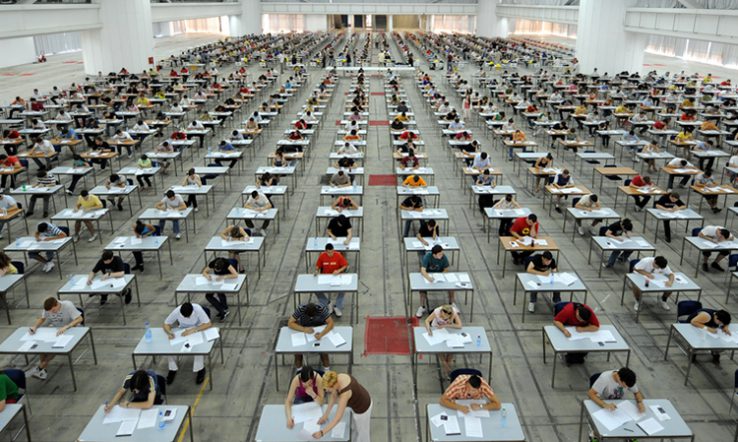 A growing backlash against the moderation of A level results has sparked several student petitions calling for the UK government to follow Scotland’s lead and scrap calculated grades.

Also, the Royal Statistical Society has called for a review into the statistical models used to calculate the grades.

A level results published on 13 August revealed that while grades improved by 2.4 per cent compared with 2019, almost 40 per cent of teacher-predicted results were downgraded during moderation.

Although universities have been told to show “flexibility” in admissions this year, there are reports on social media of students who had missed their offer grades and lost university places.

Students can appeal to stick with their mock exams or to take A level exams in the autumn if they do not want to use their calculated grades, but those taking exams will not be able to start university in September.

Exams were cancelled this year because of Covid-19. Instead, teachers set students’ grades and those grades were then moderated by exam boards—but moderation was done using an algorithm and partly based on a school’s past performance, meaning that students from poorly performing schools were more likely to have their results downgraded.

A petition set up by A level student Curtis Parfitt-Ford on the campaign website Change.Org had reached more than 146,000 signatures at the time of publication. Parfitt-Ford said this year’s students were “having our results decided by a computer algorithm” that “marks us down for which school we went to”, and he called on the prime minister to “urgently sort out this injustice” by giving more weight to teachers’ predictions.

A separate petition started by the National Union of Students argues that “thousands of students have not received the grades they deserved” and claims the government had chosen to “reproduce and bake in educational inequality through the use of ridiculous algorithms”.

“A grading system that ignores the work students have put in and the judgements of teachers is wrong,” the union wrote, urging the government to follow Scotland’s example and give all students their teacher-assessed grades without moderation.

The Scottish government was forced into a “humiliating U-turn” after a quarter of Scottish Higher results were downgraded during moderation. Following pressure from students, parents and teachers, the Scottish government scrapped calculated grades and awarded students their teacher-assessed grades—which caused a 14.4 percentage point increase in the pass rate compared to 2019.

Rebecca Hilsenrath, chief executive of the Equalities and Human Rights Commission, called on exams watchdog Ofqual to “be clear about the impact of the algorithm used in the standardisation model and the steps taken to remove bias and take into account equality”.

She added the commission would “continue to discuss this with Ofqual and consider all our powers so that ethnic minority and disabled children, for example, are treated fairly in this process”.

Meanwhile, in a letter to the Office for Statistics Regulation boss Ed Humpherson on 14 August, Royal Statistical Society president Deborah Ashby and vice-president Sharon Witherspoon said a review of the statistical models that qualifications regulators across the UK put in place was “essential” to scrutinise “the extent to which the qualifications regulators did indeed adhere to their obligation to serve the public good” through exam moderation.

“An OSR review would seem essential both to address the questions that have arisen this year and to set a benchmark to ensure they do not happen in the future—in this domain or in others,” they wrote, formally demanding a review.