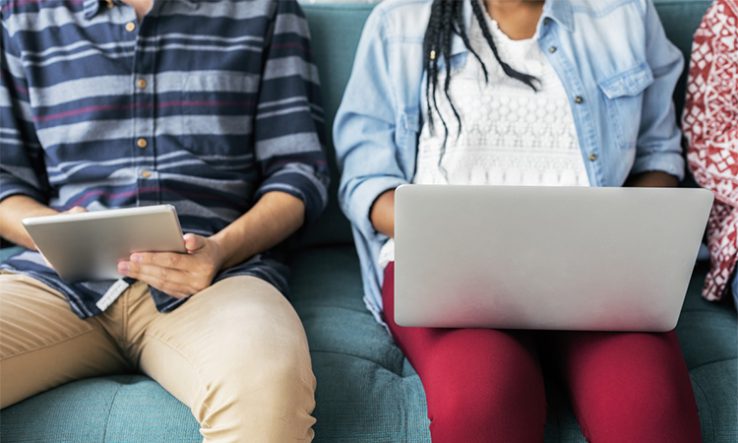 Despite an increasing number of students being stuck in isolation in their student halls, education secretary Gavin Williamson told MPs on 29 September that it was “essential that we allow our students to have face-to-face teaching wherever possible as part of a blended learning approach”.

Around 1,700 students are in isolation at Manchester Metropolitan University and scores of institutions are reporting confirmed cases of Covid-19 among their students. The ‘blended’ mix of online lectures and in-person classes that students have been promised could prove difficult to deliver.

Students are warning universities to expect a significant number of refund requests if lockdowns in student halls continue. Many are asking why they should pay for university accommodation when they could watch their lectures online from home, and why they should pay full tuition fees when they are not getting the full academic experience.

Meanwhile, Office for Students chief executive Nicola Dandridge warned universities on 28 September that they must “consider the circumstances for each student” when confronted with requests for partial tuition fee refunds, as students “make a significant investment in their higher education and have rights as consumers”.

For Isobel Tod, a second-year student at the University of Leeds, paying the same level of tuition fees as students in previous years “just can’t be justified”. Leeds is under a local lockdown due to a rise in the number of cases of Covid-19, and although students were told that they could expect in-person teaching, for some classes this has temporarily been put on hold.

While the situation “couldn’t really be helped”, there has been “a lack of consideration” in what students are being asked to do and how it will affect their mental health, Tod says. Online classes are also being interrupted by technical difficulties and issues with internet connections. “I don’t think you can say that online teaching is at all the same as face to face,” she says.

Students are angry, especially as they are paying for accommodation while classes are online. “We don’t have any faith in anything that anyone with any sort of higher authority is telling us,” Tod adds.

Research Professional News has contacted the University of Leeds for comment.

Across the Pennines, Manchester Metropolitan University has moved to quell disquiet among its isolating students by offering a two-week rebate on rent and a £50 grocery gift card, as well as a care package that includes “free use of the laundry with complimentary washing powder”.

Evelyn Sweeney, president of the university’s student union, said there was “a mix of emotions” among the students in lockdown. “Some are quite frustrated, some are really anxious about the uncertainty of it all,” she said.

Although the union is “doing everything we can to support students and give them the full university experience”, including online events for those isolating, Sweeney said that the government “should be providing students with, at the very minimum, a partial refund for tuition fees”.

Both universities minister Michelle Donelan and the Office for Students have pushed responsibility onto individual institutions and the higher education ombudsbody, with Donelan saying during a Commons petitions committee hearing in June that fee refunds were “a matter for universities” and the Office of the Independent Adjudicator to resolve.

Sweeney stressed that despite the government’s reluctance to take responsibility for refunding students’ fees, universities should not be left to deal with requests by themselves. “If we start asking individual universities to handle that, it’s going to cripple the higher education sector and it will put students in a worse position.”

One concerned parent of a student at Manchester Met told Research Professional News that while he remained impressed by the university and its vice-chancellor Malcolm Press, he believed that students were “being treated differently to others” in the community.

The father said that the way students were being told to isolate was different to the rules that applied to residential blocks in the city, adding he was worried that  they “[will] be subject to more likely Covid infection as a result?”

Just down the road from Manchester Met, the University of Manchester is still welcoming its students ahead of the start of term next week. Sam Bacon, director of student engagement at the university’s student union and a former Labour shadow cabinet adviser, said that “nobody is taking anything for granted at Manchester”.

The government’s Scientific Advisory Group for Emergencies warned on 4 September that it was “highly likely that there will be significant outbreaks” at universities and that there was a “significant risk” that universities could cause a spike in Covid-19 transmission as students returned. This has proved to be the case.

Bacon said that while he understood the decision by universities and the government to push for the return of students, students themselves had not been properly consulted.

“It made sense for everyone from their own individual perspectives…but actually for the students who are experiencing it, I think they are the ones who have been overlooked and forgotten in it,” he said.

Bacon added that he felt students were treated as consumers in general and as a result it would be strange to “not allow them to then have the same sorts of rights as consumers”.

Bacon said that if lockdowns spread to more universities and continued throughout the term, requests for tuition fee refunds could “really snowball”.