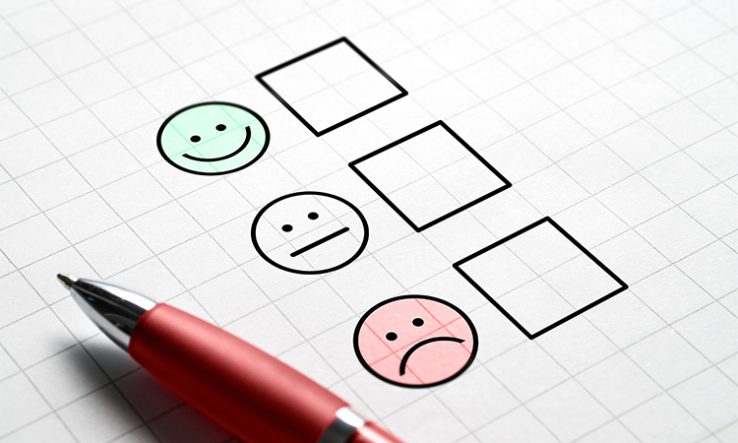 More than 40 per cent of students feel that their course has represented poor value for money over the past year, a major study of student satisfaction has found.

A total of 44 per cent of students said that value for money was poor or very poor this year, according to the 2021 Student Academic Experience Survey, published on 24 June by the Higher Education Policy Institute and Advance HE. This figure is up significantly from 29 per cent in 2019, the last time the survey was conducted before the pandemic outbreak.

While more than a quarter (27 per cent) of the 10,000 full-time UK undergraduate students surveyed felt that they had received “good or very good” value, this represents a significant decline. In 2020, 39 per cent of students felt their time at university represented good or very good value, compared with 41 per cent in 2019.

Perceptions of value also varied significantly depending on where students were from, the survey found—although across the board, perceived value was at historically low levels. Less than a quarter of students from England (24 per cent) were positive about value for money—the lowest of the home nations—followed by Northern Ireland (27 per cent), Wales (29 per cent) and the European Union (30 per cent). Perceptions in Scotland are also at the lowest they have ever been, with only half of Scots—many of whom will not be paying fees—satisfied.

Overall, a small majority of student respondents—58 per cent—said that they would still choose the same course and institution if they were to go back in time, although almost a third (29 per cent) said they had considered leaving higher education (with about a third of those saying that mental or emotional health was the primary reason).

Meanwhile, in the first survey since the murder of George Floyd and the associated prominence of the Black Lives Matter movement, two-thirds of students said they felt their institution was committed to eliminating racial inequalities. Notably, however, only 53 per cent of Black students held this view. Elsewhere, Black students also had a less positive academic experience than white students.

A total of 49 per cent of all those surveyed—and just 44 per cent of final-year students—said that they expected graduate-level employment when they left university. Some 13 per cent of the sample expected further study and 7 per cent wanted to travel.

Nick Hillman, director of the Higher Education Policy Institute, said this was “one of the most important results in the whole survey, because of the focus that the government is putting on graduate outcomes and wanting to measure courses by the proportion of students who do so-called graduate-level work”.

In a statement today, Hillman added that the overall results of the survey were “by no means all as negative as some might expect”.

“They reflect tremendous resilience, with a majority of students saying they would not change their choice of what and where to study despite all the upheaval,” he said.

Alistair Jarvis, chief executive of Universities UK, said it was “disappointing, albeit not surprising”, to see how the pandemic had shifted views on value for money.

“Universities will reflect on student feedback and continue to adapt and enhance blended learning approaches,” he said, adding that institutions “remain hopeful that increased amounts of face-to-face teaching and other activities will be possible next year”.

“It is positive to see that students appreciate the efforts of university staff under very challenging circumstances,” he continued. “By implementing Covid-19 safety measures, enhanced digital learning platforms and additional learning and wellbeing support, universities have done all they can to help students progress and meet their learning outcomes in such a difficult year of rapidly changing government restrictions and public health advice.”

Nicola Dandridge, chief executive of the Office for Students, said the declining satisfaction levels were not a surprise given the “exceptionally tough year for students”.

“It is clearly of concern to see such a significant increase in the number of students saying that their course presents poor value for money,” she said. “We know that staff worked hard to deliver courses under extremely difficult circumstances, and many will be looking forward to getting back to campus in the autumn, providing it is safe to do so.”

In a speech at the Higher Education Policy Institute’s annual conference on 24 June, Dandridge is expected to urge universities to continue with plans for in-person teaching next term while being clear to students about the circumstances in which some course content could move online.

“The survey highlights an increase in the number of students saying that their experience was worse than expected,” she will tell delegates. “This reflects the importance of students being given clear and timely information about what they can expect before they start their courses, so that what they get is what they expect.

“In our view, it is perfectly reasonable to be clear with students that the intention is to plan for face-to-face teaching but to make it clear to students that elements of teaching might need to move online if restrictions are reintroduced—or set out how in-person elements may be complemented by online teaching.”

Dandridge will say that she expects universities “to be thinking through, as far as they can, the approach they would take to delivering courses in different scenarios, and finding ways to communicate that effectively”.

This article is an excerpt from our 8am Playbook email. If you wish to sign up for a personal copy, please fill in this form and add 8am Playbook as the subject.