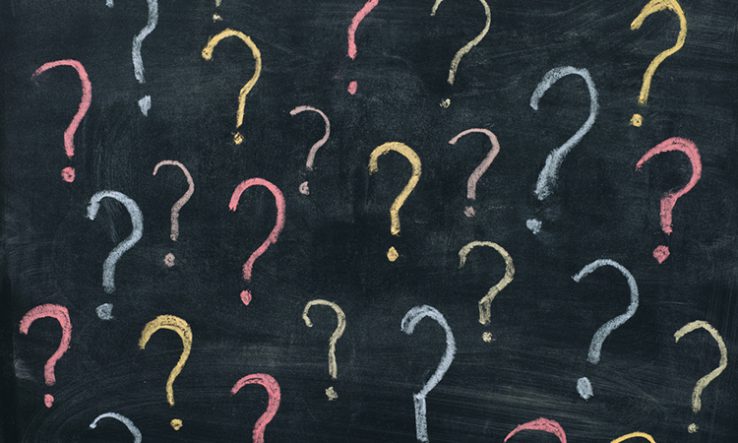 After the election, the UK will need to renegotiate the relationship between its universities and Europe—while Europe itself marches on

For more than three years, since the EU referendum, the United Kingdom’s universities have looked for certainty on how Brexit would play out. They have been denied this by the government. Can the December 12 general election provide a clearer scenario about higher education’s European connection?

In less fraught circumstances the relevant manifesto promises would have been pored over for what they had to say on EU research and collaboration, on mobility and recognition—two of the four freedoms that derive from the EU’s founding treaties— and on the prospects for the UK remaining an attractive destination for EU and other foreign students.

But this time the sectoral promises are overshadowed by the big parties’ strategy on Brexit.

For the Conservatives the mantra is “get Brexit done”. The prime minister, Boris Johnson, has to ratify the withdrawal agreement treaty with the EU. But after that he will need to negotiate a new relationship on trade and other sectoral matters as outlined in the political declaration of October 19 2019, setting out the future relationship between the European Union and the UK.

If he wins on December 12, the treaty will almost certainly be ratified before the deadline of 31 January 2019. However, he is misleading the public in suggesting that the political declaration is “oven ready”. Uncertainty reigns over  how quickly it can be turned into multiple legal settlements and how contentious it will prove to be, given his aim to create divergence from EU rules and regulations.

But the worst feature for universities is that Johnson is gambling on the timescale to complete by 31 December, 2020, and that if he fails a no-deal Brexit is back on the table.

The proposed mobility policy is consistent with abolishing freedom of movement with the EU. Policy on the freedom of EU academics—30 per cent of staff in some UK universities—would fall under immigration rules based on an Australia-style points system. EU students on graduation would qualify for a two-year post-study work visa.

On research, a Conservative government has been working to reset the dial, tipping funding towards innovation.

The manifesto promises the most generous financing ever, heading towards a target of 2.4 per cent of GDP as shared expenditure on R&D. It would create a new agency for high-risk, high-payoff research for which Johnson’s adviser Dominic Cummings has been pressing, modelled on DARPA, the powerful US defence-led research agency. That is in contrast to the European Research Council’s commitment to blue skies research through the European Research Council.

Will the UK as an associate member or third country be as welcome in Horizon as the Conservatives hope, once the negotiations get tough? Can the UK become a global hub for life sciences after Brexit? Echoing the received wisdom of the sector, research by Ludovic Highman, former senior research associate in higher education policy & Brexit at UCL throws doubt on such assertions, suggesting “there is no single discipline, university or country, however prestigious, that can tackle the global challenges of today on its own”.

The Labour Party, in contrast, envisages a Brexit that would minimally disturb existing relationships such as with Horizon and Erasmus and the mutual recognition of qualifications. It would reject no deal, working instead for a permanent and comprehensive UK-wide customs union, close alignment with the single market and continued participation in “vital areas of cooperation, such as the environment, scientific research and culture”.

This strategy is a product of Labour Party rethinking over the past three years: “If we remain in the EU, freedom of movement would continue. If we leave, it will be subject to negotiations, but we recognise the social and economic benefits that freedom of movement has brought in terms of EU citizens here and UK citizens abroad.”

The party’s research policy is in line with EU priorities to tackle the great global challenges of climate change, an ageing population and antibiotic resistance. Its funding target is for 3 per cent of GDP to be spent on research and development by 2030, which is in line with the recommendation from the Organisation for Economic Co-operation and Development.

Leave aside that Labour would have to negotiate a further revision of the Withdrawal Agreement Treaty and the Political Declaration in line with a soft Brexit strategy, and then offer the country a referendum on whether to accept its new deal or remain an EU member state. Its major problem is that it has failed to convince the public that Labour is electable. Party commitments to re-nationalise important sectors of the economy and very high public expenditure—though attractive to many—have been widely attacked by its rivals. And, as the polls bear out, its leader, Jeremy Corbyn, is widely seen as not up to being prime minister.

In such circumstances, its manifesto thinking on the European connection is, for the moment, mostly irrelevant.

The other parties—Liberal Democrats, the Scottish National Party, Plaid Cymru and the Greens—are unequivocally in favour of stopping Brexit.  But they offer little more for higher education and research. The Lib Dems focus their manifesto on the opportunity to reverse the damage to universities by simply remaining in the EU.

Firefighting on the sidelines

Viewed from a university perspective, the Conservatives present a disruptive and potentially destructive scenario, Labour an ineffectual one because of polling issues. By default, the stakeholders become the guardians of ideas, and in the circumstance of this election, firefighters too.

Universities UK (UUK) has been training its members on the legal implications around the status of present and future EU students, and EU staff. It has also sought legal advice on how the EU services directive would regard British university operations in other member states.

The issue of whether qualifications can continue to be recognised under the directive on the mutual recognition of professional qualifications is also on the agenda.

If Johnson stays as prime minister, there will also be the challenge of ensuring university voices are heard in the political declaration negotiations. These negotiations will be held behind closed doors and the questions will revolve around bargaining, and maybe side deals on trade involving higher education and research. Dangers abound.

The difficulty will lie in ensuring ideas reach a political agenda. Back in August, UUK circulated a list of stabilising measures for government guidance, relating to visas covering foreign students for the full course of their studies and a solution to the eternal question of recognition of studies. Other issues concerned funding UK researchers, who will—with luck—be associate participants in the new Horizon Europe programme.

More challenging will be university demands that the government creates fully funded replacements for the grants from the European Research Council and the Marie Sklodowska-Curie Action, as well a domestic Erasmus to mirror the EU’s Erasmus+. Yet without government action, the proof will be only too visible that leaving the EU is a significant act of harm to UK higher education and research.

Meanwhile, the EU marches on. Having established a world-respected research hub—the European Research Area—it is injecting a new dynamic into a European Education Area. Its European university Initiative is now sponsoring cross-border university consortia. Besides bringing the professional benefits of collaboration for the participants, the aim is to demonstrate that when Europe’s universities are inter-connected, they can more easily demonstrate their achievements to the world.