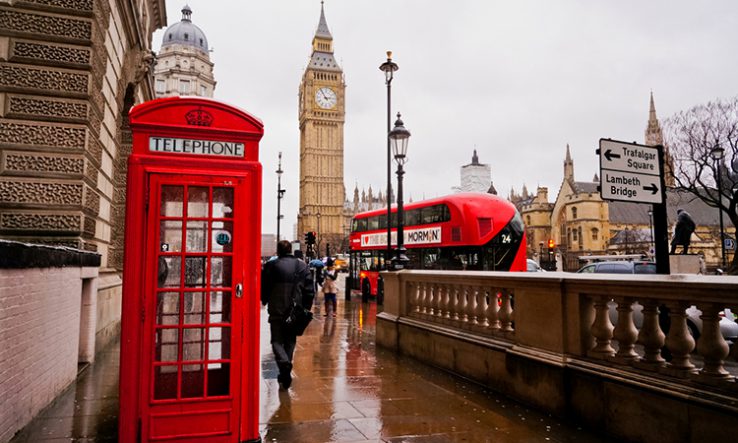 The latest proposals to remove London weighting funding, allocated to London’s universities to cover the higher costs of operating in the capital, give worrying indications about how the government sees the role and purpose of London’s higher education sector.

In justifying the planned abolition of the London Weighting, the Office for Students’ consultation on recurrent funding for 2021-22 points to London providers’ “ability to raise income from other sources and to recruit globally”. This is as good as saying that universities in London are expected to make up the shortfall of funding by taking on increasing numbers of international students who, of course, all pay higher fees.

While the government’s re-released International Education Strategy makes clear the ambition to increase international student numbers in the UK by the end of the decade, this should not be achieved through altering domestic funding allocations and leveraging a policy which—inadvertently or otherwise—could price Londoners and other home students out of their local institutions for generations to come.

Research published by London Higher shows this policy approach misunderstands the capital’s complex higher education ecosystem, which comprises a wide range of institutions—from large, research-intensive and proudly global names to smaller, teaching-intensive and vocationally orientated institutions. Many of London’s universities serve mainly local people from some of the most diverse and disadvantaged areas in the country and work closely with public sector employers to bolster vital national services.

Many other higher education institutions in London have low numbers of international students and some, especially those with substantial health education provision, have caps on the numbers they can recruit. Individual universities elsewhere in the country bring in far greater revenue from non-UK students than some of those in the capital and many of these institutions are now set to benefit from the redistribution of London Weighting as well.

By contrast, without London Weighting, many of London’s higher education providers will be left with, at best, with a significantly reduced surplus and, at worst, with an unforeseen or amplified deficit.

Those higher education institutions that play a key role in training England’s keyworkers are set to be some of the hardest hit—despite being a strong producer of teachers, social workers and medical professionals who go on to work right across every UK region.

Removing the London Weighting with immediate effect not only risks making strategically important courses for the NHS and other public services unviable, but will force many London higher education providers into taking hasty cost-savings measures to balance the books—risking staff jobs and ultimately the student experience.

While the numbers of international students coming to London are indicative of the success of the capital’s institutions to date, and should be celebrated, to expect London’s providers to rely on overseas students to bridge domestic funding gaps misunderstands what higher education is about.

To continue fuelling the nation’s productivity and public services, Londoners need financially healthy and accessible providers on their doorstep to ensure they can continue going to university. We should not entertain any policy that could turn back the clock on a decade of successful widening participation efforts in the capital—not to mention close the door on London’s rapidly growing and culturally diverse under-18 population.

A similar proportion of students from the rest of the UK, who traditionally move to the capital for a transformative higher education experience, also need to know they are not locked out of the London market and end up left with more limited student choice. One of the flagship policies of this government is to “level up” the regions and expand opportunities for people right across the country. Ensuring London and its institutions remain open and accessible for others is just as much a part of this levelled-up future as is ensuring institutions elsewhere thrive.

At a time when the UK is seeking to recover from the economic effects of Covid and find our place in the world after Brexit, we need policies that seek to provide opportunities for local people and industries wherever they are needed, including in London.

Without a change of heart from the government on the London Weighting proposal soon, the policy consequences of the Department for Education’s new funding arrangements could be far reaching and will not bring about the promised levelling up of opportunity this country needs. Instead, they risk splitting up our sector for the long term and locking future domestic students out of their capital—for many, their home—and denying them the opportunities they deserve.