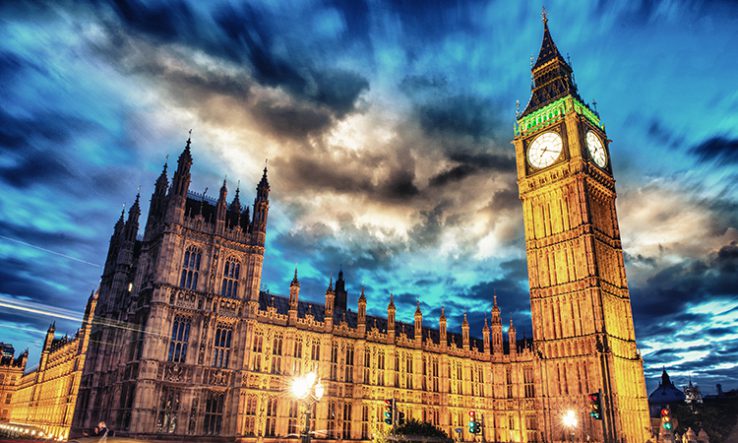 Chris Skidmore suggests that while ministers fear reshuffles, ex-ministers can still have a role

There’s nothing more ‘ex’ than an ex-minister, the saying goes, but with talk of a reshuffle around the summer recess, it might be helpful to reflect on life outside of ministerial office.

When the call comes (and the phone has rung twice now for me), some know the axe is about to fall; others are shocked. The historical precedents attest to the fact that politics has always been, and always will be, a wheel of fortune.

Still, the frustration of not being able to oversee or finish projects that you helped initiate, or campaigns you pushed for, can be galling. I’ve seen some of my colleagues take the news badly, turning to rebellion as a means of revenge. It never ended well in the 15th century, and it never ends well today. Some drift away from politics entirely, although not always to the extremes of the former Swedish mayor who became a bin lorry driver.

For those fed up with politics, that’s fine, but I’ve always believed—to misquote another Johnson from ages past—that if you’re tired of politics, you’re tired of life. Particularly as an ex-minister with policy experience, I’ve always felt a responsibility and a sense of duty to continue to be involved in the sectors I represented. That’s no different from my four predecessors, all of whom are still involved in both the university and science sectors.

There has always been a strong interface between academia, science and politics that demonstrates a mutual respect on both sides. Science and research policy reaches across several departments, from BEIS to the foreign office, recognising the value of research as a critical national asset to UK plc.

Although it may seem hard to believe in the jungle of Westminster, in the longer term, policy will always win out over personality. And the policy-making process does not care in the long run for titles or position: those who can articulate effectively and intelligently why change or reform is needed, and make the case to government, will always be heard eventually.

I initially continued to campaign for a cause close to my heart, association into Horizon Europe—a campaign that recent news stories suggest is more needed than ever.

I also began to take up a few chairing roles, both as co-chair of the All-Party Parliamentary University Group and as the chair of the advisory board of the UPP Foundation, which has recently launched its Student Futures Commission in the wake of the impact of Covid-19 on students.

Before I knew it, I’d also agreed to co-chair the Higher Education Commission’s inquiry into levelling up R&D funding, and also decided to establish my own commission, focusing on lifelong education at the ResPublica think tank. As the Queen’s speech demonstrated, this is going to be a busy, if not landmark, year for post-18 education, both with the Skills Bill and the comprehensive spending review.

Now my two commissions are in full swing. The Lifelong Education Commission recently hosted Gavin Williamson and now has 15 commissioners on board, including Birkbeck University, which has partnered with ResPublica for our first report, due to be published in the summer, focusing on the modular and flexible qualification reform needed to achieve real lifelong education.

The Higher Education Commission has now issued a call for written evidence from all higher education institutions, research institutes and businesses involved in R&D activity, and would welcome contributions that might provide additional evidence to the excellent oral evidence sessions conducted via Zoom, using the official consultation portal. The portal closes on 18 June (a less than subtle plea to have your say before it’s too late!).  Again, we are expecting the report to be published ahead of the autumn. All policies and ideas must, after all, lead to the spending review.

These projects, along with a campaign to legislate to ban essay mills—a project I’m hoping to have more news on shortly—have enabled me to continue to participate in the world of higher education and research, and to maintain the contacts and networks I had formed as a minister. While I may not have the accountability, it has been an honour to feel that I might have influence.

The first thing I thought of doing the last time I left government was not to head to the pub, as Julian Smith famously did, but to spend much more time than I could have hoped for with my two-and-a-half-month-old daughter. Hard to beat that as a promotion.

Fifteen months on and my baby daughter is now a toddler attending nursery. Thanks to the pandemic, for many of these months, normal life became compressed onto a Zoom screen, while the opportunities to reach out and continue the meetings and visits I had loved to do as a minister disappeared in lockdown. But I remain grateful to the university and science sectors for continuing to welcome my contribution.

My former portfolio was arguably the best job in government, yet it covered planet-sized areas of policy, made possible only by a dedicated team of civil servants who provided me with vastly knowledgeable briefings based on years of experience. I can hardly single-handedly compete, so have had to pick and choose my areas of focus perhaps more precisely than I would like. If it means I can continue to make a difference, then, as I would tell anyone who has to take that call on reshuffle day, it is worth it.

Chris Skidmore is co-chair of the All-Party Parliamentary University Group and a two-time former minister for universities.