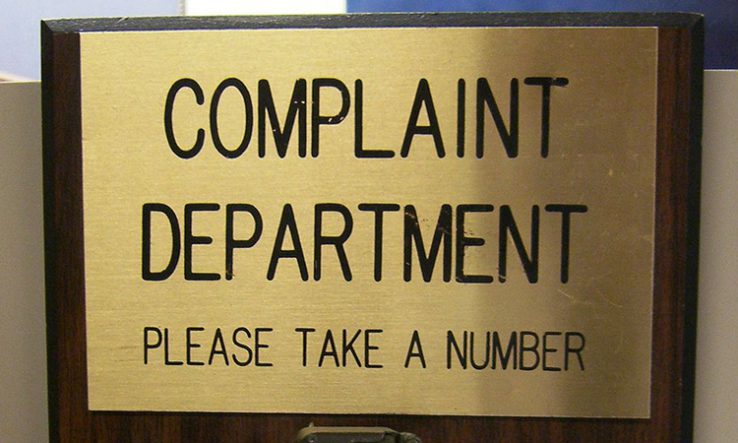 In a set of case studies published this morning, the Office of the Independent Adjudicator for Higher Education revealed that it had told a university to refund a student £1,000 because their learning had been disrupted by the Covid-19 pandemic.

This may seem unremarkable. In fact, the complaints body for England and Wales has already ruled multiple times that the effects of the coronavirus pandemic on teaching mean that some students should get some cash back. However, today’s case study should have alarm bells ringing at higher education institutions across the UK—including in nations not overseen by the OIA, whose own complaints bodies will be watching closely.

That is because this particular ruling relates to a very widespread practice on higher education courses: role play. As we reported this morning, the case study provides details of a student on a one-year legal training course being awarded a £1,000 refund.

The student’s unnamed institution had decided it was not possible to conduct the role-play exercises that would normally be undertaken. Instead, it asked students to submit a written assessment. “We do not think the replacement of this teaching…was enough to replicate the practical skills students expected to learn,” the OIA said.

It is impossible to know at this stage how many role-playing exercises have been cancelled in UK universities over the past year and a half. It is also impossible to know how many have been replaced with another form of assessment. It also seems unusual that the provider in this case decided it was not possible to conduct the role-play exercises virtually, given how ubiquitous video calling has become.

However, in the case study, the refund was awarded partly because the OIA said the student in question was “not able to practise the skills they expected to gain from the module”, and many, many students will feel that they are in that exact same boat.

This appears to be different from the OIA’s previous rulings that have resulted in students being offered compensation, which have been significantly more niche. For example, in March, the OIA detailed a complaint from an international student in the final year of a medical degree who claimed they had missed out on a clinical placement because they had not received enough clinical experience during lockdown.

The student in this case was awarded a £5,000 refund (they had paid £38,000 for the academic year), but there are far fewer students demanding access to clinical settings—and subsequent work placements—than there are carrying out role-play activities, which are commonplace across a range of disciplines. Today’s case may give credence to a greater number of cases, albeit with a lower amount of compensation attached to each.

Currently, the finances involved in settling OIA complaints are not huge. Universities in England and Wales were told to pay compensation worth about £750,000 in 2020, slightly less than in the previous year (despite a rise in the number of complaints). Across all institutions in England and Wales, this is not an especially large amount.

But could this case lead to a significant increase in the number of successful student complaints?

It is not unreasonable to expect a deluge of Covid-related complaints from students over the coming months. For a start, the OIA has already set up a large group process to handle mass complaints, in anticipation of high numbers of students asking for money back.

A trickle or a flood?

The reason complaints are coming to light now is that the OIA only intervenes once complainants have exhausted their other lines of appeal—principally, their institutions’ internal complaints processes. If they are unhappy after that, the OIA is their next port of call—and it can take months to get to that point.

“Today’s case is a fascinating case because it shows that the talk of students getting cash back when they don’t get what they’ve been promised is more than mere rhetoric,” says Nick Hillman, director of the Higher Education Policy Institute. “Although managers, academics and professional services staff have all worked their socks off throughout the crisis, the OIA is of course right to ensure that students get either what they’ve been promised or some financial recompense, even in these unprecedented times.”

Hillman’s “hunch” is that while people will look at the ramifications of this case very carefully, many students “just want to get on with their lives without lots of bureaucratic complaints”—and that the case study will encourage “more than a trickle but less than a flood of entirely new complaints”.

The next few months will give a clearer picture of the extent to which the OIA’s new group reporting facilities have been used and, indeed, if any students have opted to go down the “class action lawsuit” route, whereby large numbers of students might call for a blanket fee rebate for all students who feel their teaching has been detrimentally affected by the pandemic.

However, today’s release demonstrates that even in a case where just one module of a student’s learning is disrupted because role-playing activities are cancelled, the complaints body is prepared to recommend a refund. There are many students who will recognise that particular scenario.