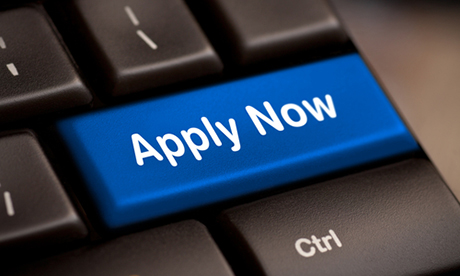 Another pandemic-affected admissions cycle has resulted in record numbers of young home undergraduates meeting the conditions of their offer. Universities have gone to great lengths to ensure that all are accommodated on the course and institution of their choice. However, the extraordinary circumstances surrounding university admissions over the past two years have created some unusual potential legal risks for universities to consider and plan for.

The law in this area is now well known, if not yet well litigated. Anything said or written by or on behalf of a university that was taken into account by the student in deciding to accept the offer of a place forms part of the contract. Failure to deliver as described gives a right to the remedies of repeat performance or a price discount, as well as damages.

In addition, if information provided to applicants turns out to be misleading, students have the right to “unwind” (terminate) the contract within 90 days of enrolment and receive a full refund of all fees paid as well as damages for any reasonably foreseeable losses. If they elect not to unwind, then they are entitled to a price discount of up to 100 per cent, to reflect the extent to which the information was misleading.

The 2021 admissions cycle could throw up a number of different claims under these provisions. Firstly, where a university has recruited students in excess of planned numbers and planned resources, students may be able to point to express promises that were made that cannot now be fulfilled. This risk is enhanced by the fact that, for some institutions, it may be the second cycle in which numbers have exceeded those planned for. The consequence could be complaints about restricted access to “world-leading facilities”, inadequate staff numbers, or the effect of overcrowding on access to services such as personal tutors or counselling.

A repeat performance may not be practically possible, so the relevant remedy might be a price discount. There is very little guidance as to how such a discount would be calculated, but it is clearly intended to reflect matters that are of importance to the consumer even when they have no monetary value. The explanatory memorandum that accompanied the legislation introducing the remedy suggested, as an example, that customers could claim a price reduction if a trader wrongly claimed to be paying employees a living wage.

There are therefore a wide range of promises and expectations that could give rise to claims for a price discount.

Alternatively, a student may consider that the information provided was misleading and that they are therefore entitled to walk away from the contract. They will have far longer to do this than most universities typically offer as a cancellation period. However, it may be difficult to show that the statements relied on were misleading when the offer of a place was accepted. Rather, they may have become misleading once it became clear that there was, or was likely to be, oversubscription and this may lead to arguments about whether failing to advise of the changed position was itself a misleading or aggressive practice. For institutions, this could mean students seeking to withdraw far later than usual, at a time when those places cannot be filled and, on top of that, claiming losses such as accommodation fees.

A more difficult claim to bring would be that any excess recruitment had led to adverse academic outcomes, such as a lower degree classification. Generally, the courts have been reluctant to become involved in matters of academic judgement, but they may be more willing to engage where there is evidence that the educational services supplied fell below the promised standard. A student would have to show that the cause of the lower academic performance was the inadequate service, and this may be difficult to do.

At the other end of the spectrum, there may be courses where recruitment has been unexpectedly low and where changes, course amalgamations and even closures are needed as a result. The sector has had recent experience of having to do this in response to the pandemic and is therefore well aware of the legal constraints around making such changes: a fair and reasonable force majeure or variation provision that is fairly followed and changes that go no further than is necessary to address the effect of the external trigger event.

Whether unexpectedly low recruitment constitutes a fair and reasonable basis for changes has yet to be tested in the courts, and students affected by course changes may argue that it is not a circumstance truly outside the relevant institution’s control.

As well as the legal claims outlined above, students may also complain to the Office of the Independent Adjudicator. Case studies of the OIA’s decisions in the context of industrial action and the pandemic show, as is usual for an ombudsman system, a willingness to award compensation where application of strict legal principles might not. Students may also raise concerns with the Office for Students, which could lead to regulatory intervention and sanction.

To guard against these risks, universities should consider the following:

Students have thus far shown themselves to be remarkably flexible and adaptable to the changes universities have been obliged to put in place because of a series of unanticipated events. However, they do, as consumers, have a range of potentially powerful remedies available to them, as well as regulators that are willing to intervene on their behalf. The sector needs to recognise the latent risks of complaints and claims, and put in place mitigating measures to stop them crystallising.