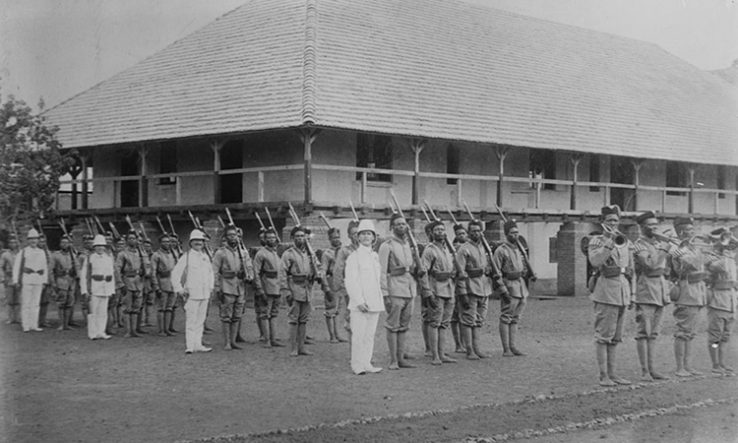 African applicants encouraged for programme that will support PhDs

Germany has launched a funding programme to study its colonial history and to form a knowledge base to address its consequences.

The funding comes as researchers in many countries in Europe and Africa have begun to discuss ways to reverse the ills created by colonialism, including ‘decolonising’ science and knowledge production.

The German Academic Exchange Service (DAAD) announced the German Colonial Rule Scholarship Programme for Cooperative Research on 6 July. It will fund PhD studies on German colonial rule and its aftermath in the country’s former colonies.

"The colonial era was not a historical footnote. It shapes the lives of billions of people to this day. German colonial rule also left deep wounds in many countries, especially in Africa,” said Michelle Müntefering, Germany’s minister of state for international cultural policy.

African candidates are especially encouraged to apply. Until 1918, German colonies spanned multiple countries on the continent. In 1913 Germany’s colonial claims included parts of what are today Cameroon, Tanzania and Togo as well as Namibia, where German forces perpetrated a genocide of local Herero people in the early 1900s.

The PhDs will be awarded by a German university in partnership with universities in Africa and Asia. The universities of Ghana, Lomé in Togo, Namibia, Buea and Yaoundé in Cameroon, and Dar es Salaam in Tanzania are partners in Africa. Successful applicants will receive €1,200 per month over four years, as well as travel, accommodation, and research allowances.

Joybrato Mukherjee, DAAD president, said the programme is a tool to re-establish cordial relations between Germany and its former colonies.

“With this, we as DAAD contribute to take over historical and moral responsibility for the suffering of the people in many countries in Africa and Asia and create foundations for future international scientific collaborations in colonial research,” he said, in a statement.

Applications are open and will close on 31 August.