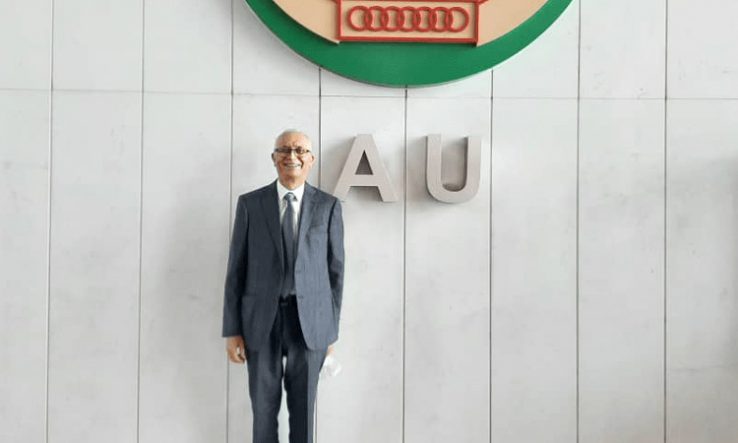 Science, technology and innovation are key drivers for the economic development of any continent, and Africa is not investing enough in the sector.

This is according to Mohamed Belhocine, commissioner for education, science, technology and innovation of the African Union, who delivered the opening address at an Africa Day webinar on 25 May.

Belhocine said the lack of investment is hampering the quality of graduates. “Africa’s investment in STI compared to developed countries is very low and this manifests in a declining quality of science and engineering education at all levels of the educational system. In particular the interest in mathematics at institutions of higher education,” he said.

Central to boosting investments in STI, said Belhocine, are programmes such as the AU’s African space policy and strategy, adopted in 2016. The Africa-led space sector is responsive to the social, economic, political and environmental needs of the continent, as well as being globally competitive, he said.

And universities play a key role in making the policy a success, he added: “Academia is the key pillar for a successful African outer space programme in addressing the needs of the public and private sector. Indeed the innovation and space arena is coming from academia and [the] private sector."

Belhocine further added that investing in human capital development will also ensure that higher education and training institutions can produce the next cohort of African scientists and engineers. “As such, [the] African space policy and strategy is supporting active private sector participation in harnessing space, science and technology for sustainable development,” he said.

According to the 2019 African Innovation Outlook report, African countries continue to lag the rest of the world, with only South Africa, Ethiopia and Botswana spending a sizeable proportion of their GDPs on research and innovation.

“We encourage African academia to establish a partnership arrangement with international academic networks concerned with space activities. It contributes to an enabling environment for business and entrepreneurship,” he said.