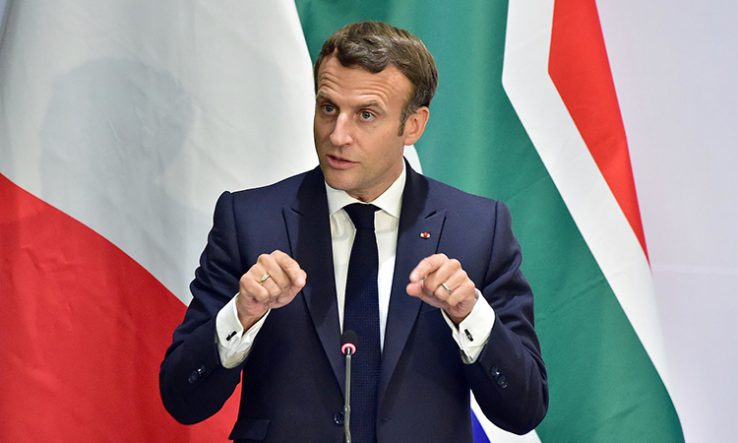 President Emmanuel Macron of France has criticised Covax, the intergovernmental initiative to buy and distribute Covid-19 vaccines to poorer countries, for lacking transparency and accountability.

Speaking on a visit to South Africa on 28 May, Macron said he has a “personal problem” with Covax as it is very hard to know how many doses go where and when despite billions of dollars in commitments to the scheme.

“Honestly this is dysfunctioning. In our current organisation we have a lack of transparency and a lack of accountability,” he said.

During his visit Macron promised to support African ambitions to manufacture vaccines.. “We will work to help increase the existing capabilities [in Africa] and to go very fast to deliver concrete tech transfer of existing vaccines and to produce them for the final market”, he said.

Covax is directed by Gavi, the Vaccine Alliance, the Coalition for Epidemic Preparedness Innovations and the World Health Organization. It is part of the Access to Covid-19 Tools Accelerator, an initiative that started in April last year with backing from WHO, the European Commission and the government of France to fight the pandemic.

However, in his address Macron proposed that the African Centres for Disease Control and Prevention take over the Covax process, detailing precisely how many doses are needed in individual countries to vaccinate 40 per cent of the African population by the end of 2021 and 60 per cent by mid-2022. “So far nobody has been able to deliver this crazy document,” he said.

Macron criticised the costing of vaccines through Covax, and said poor countries may be paying more for vaccines than rich ones. “We need common pricing, we need transparency on the pricing. This is the best way not to waste public money and improve efficiency,” he said.

Macron also took aim at the United Kingdom and the United States—two of the biggest vaccine manufacturers in the world—for imposing restrictions on the export of vaccines and their raw materials. He said intellectual property restrictions should be lifted wherever they are a barrier to equitable vaccine access.