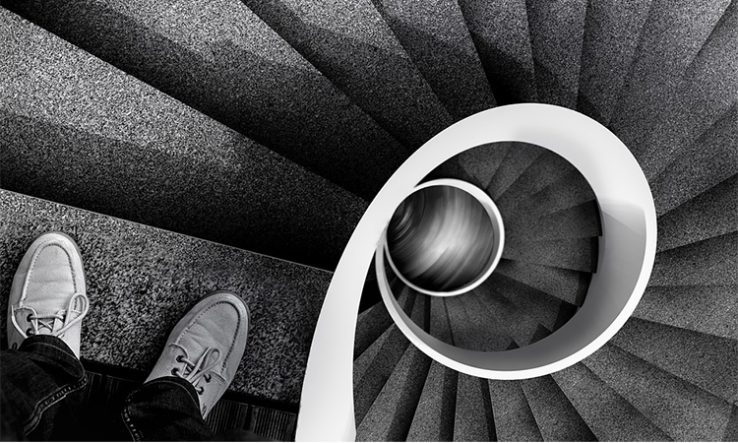 Graduate employment, innovation performance and NRF research grants were all trending down before Covid-19

South Africa’s science and innovation system was under pressure even before budgets were slashed to fund the country’s coronavirus response, the 2020 South African Science, Technology and Innovation Indicators report reveals.

The report highlights areas in which South Africa’s performance has dropped in recent years, including graduate employment numbers, innovation performance, and the total value of grants awarded by the National Research Foundation.

These drops raise “big questions” about the ability of the science, technology and innovation system’s ability to weather the tough times ahead, said Dhesigen Naidoo, head of the Water Research Commission, who presented the report virtually on 28 August.

“The picture we will present next year will look somewhat different, and not in a positive way,” he said.

Naidoo sits on the National Advisory Council on Innovation, which produces the annual report. While the report draws on data sets that are already in the public domain, such as the Human Sciences Research Council’s annual R&D survey, it offers an overview of the challenges and opportunities facing the country’s STI system as a whole.

Naidoo pointed out that the latest data on South Africa’s R&D intensity—spending on R&D as a proportion of GDP—remains at 0.83 per cent, a far cry from the 1.5 per cent government target.

“The reality is that we’re not getting towards that target any time soon,” Naidoo said. Business R&D is seeing a significant decline, and is likely to drop further in the 2019/20 financial year for which data have yet to be published, he said.

While the R&D spend in universities has increased, expenditure in the national science councils has dropped. The nominal Rand value of grants paid out by the NRF fell from R1.72 billion (US$104.5 million) in 2017 to R1.52 billion in 2019, Naidoo added.

“If we use the model that the research component is the kernel around which we build out the innovation and development [components], and the knowledge-based economy, then this is a very important level to maintain,” he said.

South Africa was also seeing unprecedented graduate unemployment rates before the pandemic struck, Naidoo said. The proportion of unemployed adults aged 15-56 with a bachelor’s degree rose from 8.6 per cent in April-June 2018 to 10.8 per cent at the same time the following year.

And there are worrying trends in the employment rates of researchers at the science councils, which dropped by 149 full-time equivalent posts in the two years leading up to the 2017/18 financial year, alongside a drop in 70 full-time researcher posts in government in the same period. Both represent about a 7 per cent drop in the total research staff complement.

“Sitting where we are continuously expressing our desire to have a knowledge-based economy, a drop in the full-time equivalent [of researchers] is something you have to worry about,” Naidoo said.

In terms of innovation, South Africa’s position in the Global Innovation Index, produced by the World Intellectual Property Office and two higher education institutions, dropped from 58th place in 2018 to 63rd in 2019. It also ranks low—in 83rd place—in its efficiency at turning innovation inputs into outputs.

Derrick Schwartz, a former chairman of NACI and current ministerial advisor, told the virtual report launch that the post-Covid-19 era presents an opportunity to “remould” the STI system to create a different set of outcomes.

Referring to South Africa’s post-Covid-19 economic recovery plan, currently under development, he said: “If we just apply a new plan to the underlying STI infrastructure and systems, we’ll be reproducing old patterns of power and knowledge. We need to make sure the STI implications of the revitalisation plan are explicitly drawn out.”

Naidoo agreed that South Africa is standing at “a pause point in the system” akin to that the world faced after the 2008 financial crisis. The country, he said, must decide whether it will cut science in favour of other parts of the economy, whether it will maintain its science spend as the United States did under Barack Obama, or whether to increase its investment in science like China. “The last 12 years have demonstrated what the impact of those decisions have been,” he said.