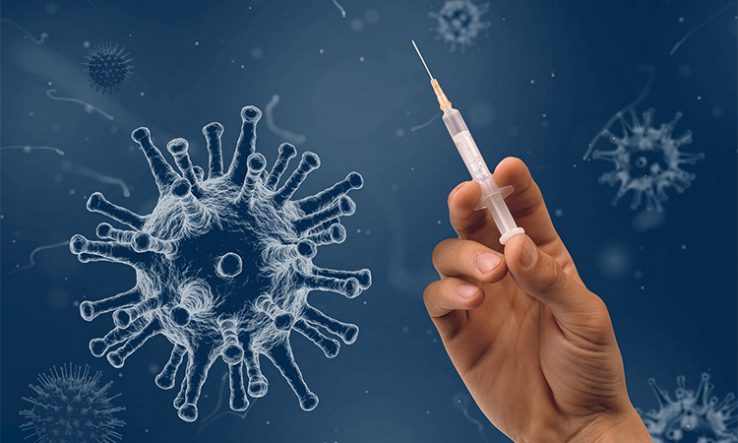 Slightly more than two-thirds of South Africans have told a survey they would take a Covid-19 vaccine when it becomes available.

The survey, a collaboration between the University of Johannesburg and the Human Sciences Research Council, was released on 25 January and involved 10,600 respondents.

“The findings are encouraging for those who want vaccination to reach a level of ‘population immunity’,” the report states. “But a third of the adult population remains unconvinced by arguments for vaccination, so debate and public education must continue.”

Respondents who were unsure or against the vaccine cited potential side-effects or lack of effectiveness as major concerns.

There were, however, disparities between racial groups.

The survey asked participants to group themselves into pre-defined racial categories. Those who identified as white were less accepting of the vaccine than others: only 55 per cent of white respondents said they would take the vaccine, compared to between 63 and 69 per cent for “Black African”, “coloured” and “Indian or Asian”, as self-identified by participants.

Another disparity was found in education, where people with more advanced levels of education were significantly less accepting of the vaccine than people who did not complete secondary school. Of the latter, 72 per cent said they would ‘definitely’ or ‘probably’ accept the vaccine, while only 59 per cent of tertiary-educated participants agreed.

Support for the vaccine was found to increase with age.

The survey points to South Africa having a more vaccine-hesitant population than the African continent as a whole. An African Centres for Disease Control and Prevention survey of 15,000 adults in 15 countries published last December found that four in five Africans would take a vaccine. An earlier study found that Africans place more trust in vaccines than people who live in Europe and the United States.

The survey was released a day before president Cyril Ramaphosa warned of the threat of “vaccine nationalism”—rich countries hogging global vaccine production for their own use—during the virtual 25-29 January World Economic Forum.

“Ending the pandemic worldwide will require greater collaboration on the roll-out of vaccines, ensuring that no country is left behind in this effort,” said Ramaphosa. South Africa has been criticised for a perceived slowness in acquiring vaccines and presenting its plans for roll-out.

Ramaphosa said that the African Union’s vaccine task team has so far secured only 270 million doses for the continent. He added that 600m additional doses would be obtained through the Covax initiative, an international collaboration to secure vaccines for poorer countries.