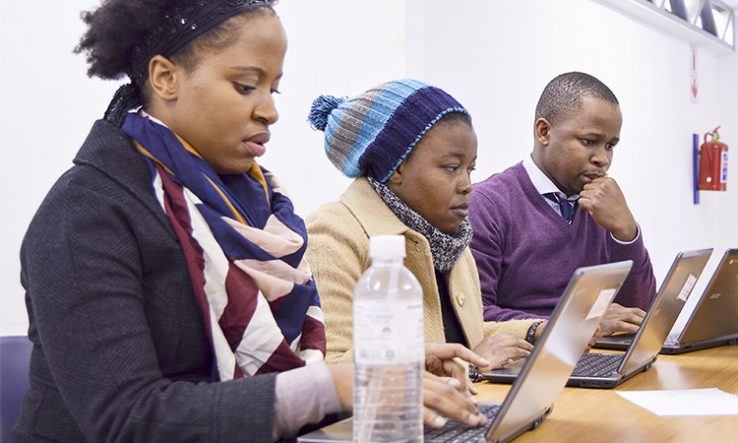 The rapid move towards online teaching and learning in response to the Covid-19 pandemic has not been an unequivocal success, and care should be taken before announcing it as part of the ‘new normal’ of South African higher learning, according to a leading educationalist.

Ahmed Essop, who headed the country’s Council of Higher Education (CHE) from 2010 to 2015, gave the warning on 26 July during a webinar in which he outlined the preliminary findings of a study on the pandemic’s effects on South African universities.

“Universities tried to save the academic year. What happened can be best described as emergency remote teaching and learning,” he said. Because it was not a “conscious strategy” it failed to address challenges faced by students, such as a lack of access and conducive environments, as well as inequalities in the education system itself, he added.

Meanwhile, he added, the “misplaced” notion that online learning is part of a future mix of in-person and remote teaching has been largely driven by vice-chancellors from well-resourced, urban research universities like the universities of Cape Town and Witwatersrand.

Essop said that while students welcomed efforts by universities to save the academic year, there were concerns about quality, decline in contact teaching time, and limited feedback. “The major concern is the lack of human interaction and engagement. Education is a social process, learning and teaching takes place in a social context,” he said.

He argued that many institutions had rushed to move online and bought learning management systems and other educational technology without thinking about the impacts—one of which could be giving large technology companies too much say over the direction of higher education.

“The danger in uncritically accepting the role of technology in higher education is that it would lead to privatisation and erode the public role of universities,” said Essop.

Joel Samoff, a professor of African studies at Stanford University in the United States, told the webinar that the impact on research by online and blended learning is still poorly understood. He argued that research is the most important role of universities and “must be at the centre of any discussion on the new normal”.

Samoff said South Africa can’t simply go back to the old ways of doing things, as that would leave many problems unaddressed. “We’re really familiar with the process where higher education norms and standards are largely set in the Global North and then implemented and administered by a related set of institutions, organisations, journals, funding agencies, conferences. Within Africa, across Africa, structured reward award systems reinforce those [external directions and constraints],” he said.

Narend Baijnath, another former CHE head and professor at the University of Johannesburg, which hosted the webinar, said students’ concerns about teaching quality were valid. He said that many universities shortened the academic year and did not complete their normal curriculum.

Baijnath warned that South African universities, especially rural and historically disadvantaged ones, will need years to get all the necessary systems, infrastructure and skills in place to move to the online and in-person blended ‘new normal’ espoused by top universities.

”The enabling conditions [for online learning] just don’t exist. We don’t have the national infrastructure to make this a viable proposition,” he said.