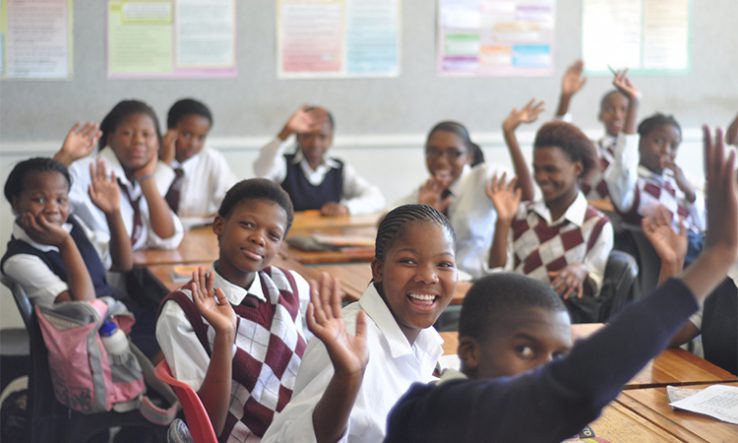 University will ‘reimagine basic education from ground up’

The University of Cape Town has opened an online secondary school that it says will address inequalities across South Africa’s education system.

Mamokgethi Phakeng, the UCT vice-chancellor, told the 21 July launch that affordable quality education is the only way to address South Africa’s inequality gap, which many believe fuelled recent riots in parts of the country.

“The education gulf in South Africa is widening. Our future as a nation depends on addressing this divide,” she said. Pakeng said that she has seen UCT students struggle because of the “compromised education system”, which includes large classes and disparities in school infrastructure.

The UCT Online High School is a partnership with the Valenture Institute, a local organisation that aims to educate 100,000 students around the world by 2028. The school will open in January 2022 for grades eight to 11, and for matrics (grade 12) in January 2023. It will increase its subject offerings over time.

The school comprises an online platform and blended learning “micro schools” for learners who need additional support. There is a fee-paying version, costing R2,095 per month (US$140), and an Open UCT Free Curriculum. The latter includes all online resources but not the teaching and support, internal exams, and community aspects of the paid platform.

Future plans include bridging courses, matric rewriting, and alternative university accreditation options. Phakeng said that the organisers are negotiating for zero-rated data access to the school.

“As a university starting a high school we get to reimagine basic education from the ground up,” said Phakeng.

Babalwa Ngonyama, UCT council chair, said the school is a “bold move but logical extension” of UCT’s goal of affecting positive change in South Africa. She said a nine-month investigation preceded the go-ahead for the school.

Ngonyama said that UCT will control the “key levers” of the school and that a number of candidates have already applied for the position of principal. She said the council hopes the learning model will transform South Africa’s basic education system.

“Africa’s top-ranked university is not an ivory tower that is removed from South Africa’s reality,” she said.