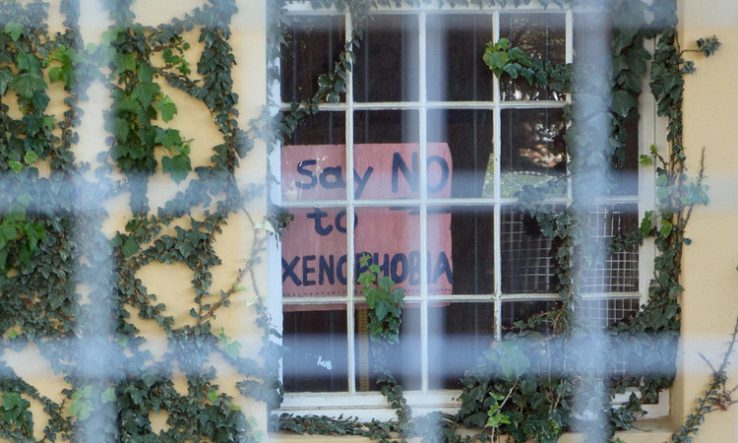 Academia should be “open to all” and refrain from “nativist thinking”, says Assaf president

A study underway by the Academy of Science in South Africa is exploring the plight of non-South African academics from the rest of the continent who live and work in the country.

The study, which started in August, is led by academy president Jonathan Jansen. He said it was set up after the academy heard a growing number of stories about academic xenophobia.

“We are concerned about reports on the plight of African academics from other African countries in South African universities in terms of employment and advancement,” Jansen told Research Professional News in an email exchange.

He said the study is intended to generate a systematic account of xenophobia on South African campuses: “We are in interviews with 100 academics, junior and senior, recent arrivals and more established academics at the 26 public universities.”

While it’s still early days, and no publication date has yet been set, Jansen said: “Already our fears are being confirmed.”

This week Jansen wrote in the academy’s newsletter that he had heard about instances of science council leaders being told by political heads to keep an eye on the appointment or advancement of African scientists and scholars from outside South Africa.

University vice-chancellors also receive these political messages, he added: “In some institutions, the messages are taken seriously, especially where they coincide with the xenophobic commitments of a vice-chancellor and/or her team.”

Jansen indicated that this type of thinking poses a threat to the future of scholarship in South Africa: “No university in the world ever became a global centre of academic and research excellence through nativist thinking in its academic appointments policy.”

A university, Jansen wrote, “is not a religious organisation requiring commitment to a shared dogma. It is not an extension of the school or home. It is a public institution open to all.”