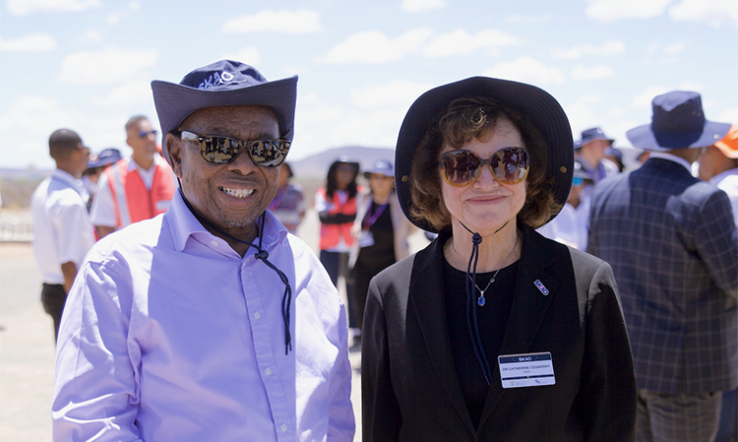 The Square Kilometre Array Observatory has celebrated the start of construction of its world-leading radio telescopes in both South Africa and Australia.

Unveiling ceremonies were held in both countries this week. In South Africa’s Northern Cape province, science and higher education minister Blade Nzimande (pictured, left) announced the award of SKA contracts worth more than €200m for telescope infrastructure to Australian and South African companies.