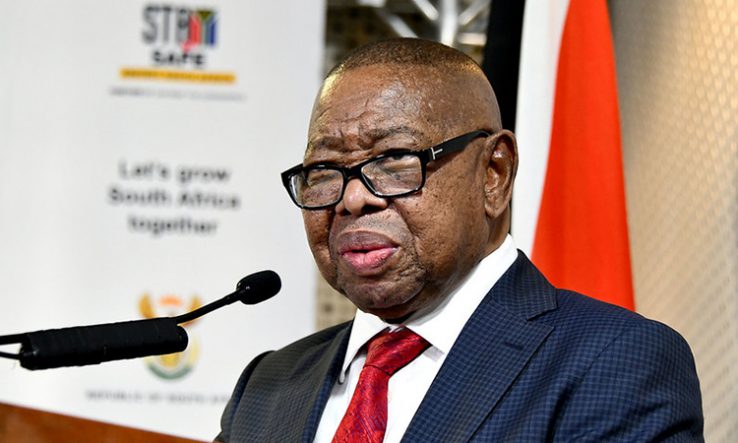 South Africa’s science minister has responded to allegations that his department instructed science bodies not to comment on the political situation in Ukraine.

Answering a written question in Parliament, Blade Nzimande (pictured) said the Department of Science and Innovation had “advised” public entities reporting to it not to comment on the war’s “political aspects”.

However, he said, there had been “no demand” from the department that scientists themselves refrain from commenting on the conflict.

Nzimande’s statement, published on 24 March, comes after Research Professional News reported earlier this month that an official from the Department of Science and Innovation had sent an email to colleagues stating that "DSI entities… should not engage in any action of any kind, which could be construed as a political commentary or political reaction to the developments in Ukraine”.

The email was addressed individuals ﻿at the department, the National Research Foundation and the South African Radio Astronomy Observatory. Some other DSI-reporting entities also received it, but not all. The Human Sciences Research Council and the Academy of Sciences of South Africa said they did not.

At the time, the DSI refused to comment on the email’s contents, or its intent.

Nzimande’s answer was in reply to a question from the Freedom Front Plus party’s Wynand Boshoff, asking about the justification for demanding that scientists not comment on the war between Russia and Ukraine, the motivations for such a demand, and whether it was meant to be binding on all research institutions.﻿

When the original news broke, several South African scientists were outraged by suggestions the government would interfere with their right to speak their minds. Dozens of South Africa-based scientists have signed an open letter denouncing Russia’s invasion of Ukraine, and criticising the South African government’s stance on the conflict, and any attempt to silence research bodies.