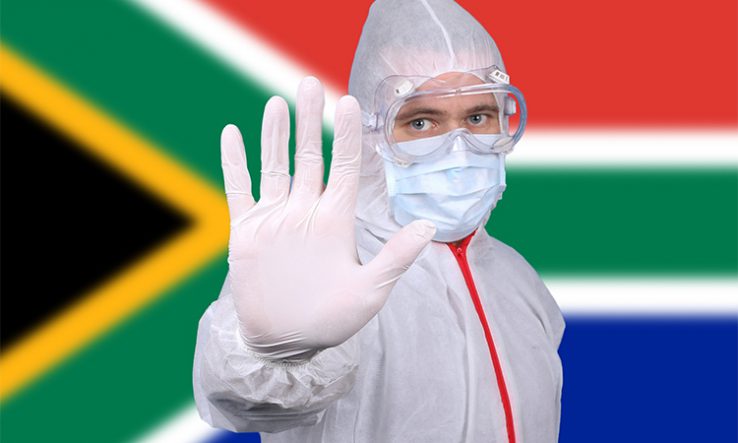 Some of South Africa’s top scientists say the country’s proposed Covid-19 regulations are “oblivious to the new realities” of the pandemic.

On 22 March, president Cyril Ramaphosa announced a softening of the country’s measures to prevent the spread of the novel coronavirus. With immediate effect, he revoked the requirement to wear masks outdoors in public places. Vaccinated travellers to South Africa will no longer have to show a negative PCR test to enter the country. And restrictions on gatherings have been scaled back, but not removed.

The new restrictions come a week after the government published four sets of draft regulations that would allow measures to curb Covid-19 to remain in place when the country’s state of disaster ends.

South Africa’s state of disaster has been in place since the start of the pandemic. It gives the government power to impose extraordinary restrictions. The public has 30 days to comment on the new regulations.

The regulations are an “ill-conceived and misdirected attempt” to prevent Covid-19 infections in the face of growing immunity conferred by infection and vaccinations, write the South African Medical Research Council’s president Glenda Gray, the University of Cape Town’s Marc Mendelson, the University of the Witwatersrand’s Shabir Madhi, Francois Venter and Jeremy Nel, and infectious disease specialist Regina Osih.

“What was hoped for was a mature, thoughtful set of regulations that considered these new realities. What was published, however, was an inconsistent, incoherent and illogical set of draft regulations firmly rooted in 2020 when knowledge about Covid-19 was more rudimentary,” they write.

The proposals will pave the way for government to introduce Covid-19 style regulations for other diseases too. They mention contact tracing—something that the scientists in their letter say hasn’t worked to date during the pandemic, given that most infections go undiagnosed.

The regulations also mention quarantine in several places, and stipulate that in order to self-quarantine, individuals must have access to the internet or a phone to report daily symptoms. This, and the requirement that isolating individuals need their own private room, is “out of touch with the daily lives of the South African population”, the scientists write.

Instead of these regulations, the authors want Covid-19 to be removed from the country’s list of notifiable conditions. These are conditions that have to be reported to the Department of Health when diagnosed like Ebola and Rift Valley Fever. They also say mask mandates should be removed although masking and ventilation should be recommended when the infection risk is high, and that border restrictions should be removed with immediate effect.

Several South African scientists and health equity activists also took to social media this week to highlight how the government’s proposed regulations and reviewed restrictions go against recommendations from the scientists tasked with advising the country’s ministry of health on pandemic decision-making.

On 22 March, the country’s Ministerial Advisory Committee on Covid-19 published an advisory dated 16 February in which it recommends the government ditch "unnecessary restrictions" including restrictions on the number of people allowed to attend gatherings together, and the physical distance they should observe.

Another MAC advisory, published the same day but dated 4 March, says that the government should allow self-testing for Covid-19 using antigen tests in addition to the testing offered in clinics and dedicated testing facilities. As of this week, South Africans still couldn’t buy rapid Covid-19 tests to use in private.

"Not really sure what the point is of having a MAC on Covid-19 if it is not listened [to]," said Marc Mendelson, who signed the scientists’ letter earlier this week, on Twitter: His co-author Francois Venter, agreed. "Surely we need some explanation for bizarre decisions that run contrary to the MAC advice," he tweeted.