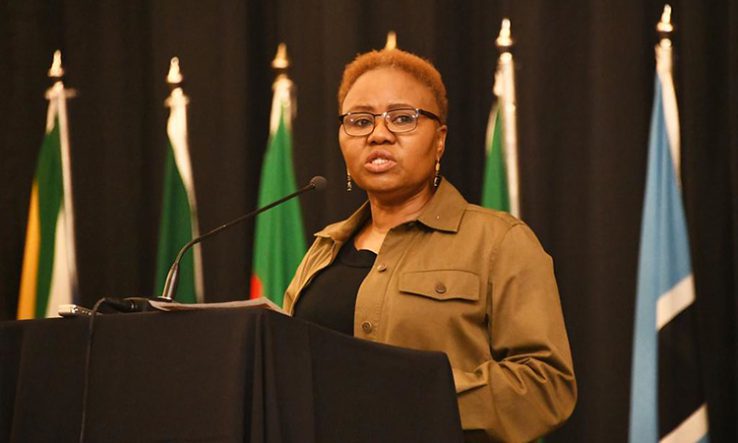 Action taken by the United States and Europe over the war between Russia and Ukraine has only served to “harden positions” and fails to promote dialogue, South Africa’s minister of social development has said.

Lindiwe Zulu (pictured) made the comments during an 11 April webinar with academics to discuss South Africa’s stance on the conflict. The webinar was arranged by the Human Sciences Research Council in collaboration with the University of Johannesburg’s Centre for Africa-China Studies.

South Africa’s position—to call for dialogue between Russia and Ukraine and to abstain from United Nations resolutions denouncing Russian aggression—has been criticised both within the country and internationally as siding with Vladimir Putin’s autocratic regime.

Dozens of South African scientists have called on the country’s government to denounce Russia’s invasion and to welcome refugee scholars and students fleeing Ukraine.

However, Zulu, who chairs the African National Congress committee on foreign policy, said that much of the current debate around the war “ignores the history that has brought us all into this unnecessary conflict”.

This history, she explained, is characterised by the continued Eastward expansion of the Western military alliance, Nato, after the dismantling of its Eastern Bloc counterpart, the Warsaw Pact, in 1991.

Zulu, who like many anti-Apartheid stalwarts spent time studying in the former Soviet Union, told the webinar that Nato’s “calculated and continuing inching around the borders of the Russian Federation is a cause of concern and insecurity in that region”.

She added: “Instead of dealing with the root causes of the conflict, various [United Nations] resolutions have served the purpose of hardening the respective positions and not promoting dialogue.”

Zulu’s comments came after William Gumede, associate professor at the School of Governance of the University of the Witwatersrand, outlined the war’s likely political and economic consequences across Africa.

The quarter of African countries that depend on overseas development aid for a large proportion of their government expenditure could struggle as Western countries focus their aid on Ukraine, Gumede said.

Rising fuel and food costs could destabilise the entire continent, he added, predicting it will stoke violence like political coups and separatist or terrorist attacks.

South Africa could also become politically isolated from key trade partners like Europe as a result of its stance on the conflict, he added. “The next 18 months are not going to be easy,” he said.

Gumede said that investing in renewable energy, agriculture and military hardware exports could position South Africa to better tackle the tough economic times ahead. “It has to be South Africa first,” he said.