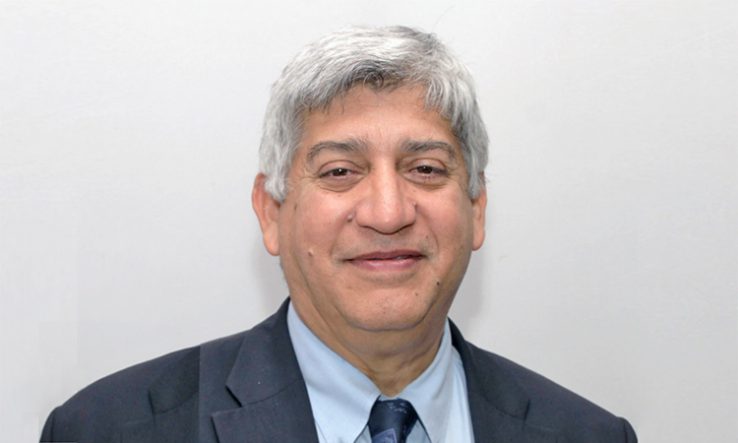 The HESTIIL review, chaired by former University of Johannesburg vice-chancellor Ihron Rensburg and published in the Government Gazette on 6 June, identifies a lack of coordination as the main problem facing the country’s National System of Innovation. It proposes ways to amend the situation, including doubling expenditure on science, technology and innovation by boosting partnerships, an oversight body for research and innovation management and funding called the National Foundation for Research and Innovation, and a new council to advise the president.

Research Professional Africa asked Bawa about his and Usaf’s views of the review, and its recommendations. The interview has been edited for clarity.

As Usaf, do you agree with the review’s diagnosis and the proposed remedies?

AB: Usaf is in full agreement that the National System of Innovation, of which the universities are the largest part, is facing a serious crisis. This is due to a number of factors that are truly systemic in nature and which have been identified more than a decade ago. Amongst these the most important is the fact that the NSI exists only in concept. It plays a very limited role in providing the framework for a national approach to science and innovation. It is a system characterised by deep fragmentation. For instance, the current policies positively undermine any move towards the emergence of collaborative partnerships between the universities and the science councils.

Are there other problems you want to highlight?

AB: We have failed quite miserably as a system to provide the most basic infrastructure for research and innovation. Notwithstanding President [Cyril] Ramaphosa and science minister [Blade] Nzimande waxing lyrical about the science system, expenditure on research and development languishes at below 0.7 per cent of GDP. This is a policy failure in that there has been a decade-old government intention of shifting this towards 1.5 per cent. Perhaps of most consequence for higher education is the pressure on funding for research, which must inevitably lead to a decline in performance.

Does the review address this funding gap?

AB: The HESTIIL report imagines that the development of partnerships will address the funding shortfall. That may work up to a point.perhaps of most concern is the little explored detail that business and industry expenditure on R&D has dipped below the government spending on R&D. This reflects in part a decline in private sector demand for university research and innovation which in turn indicates a serious decline in the national intention of moving us towards a knowledge-based economy.

AB: The ostensible merging of DHET and DSI inside the new Ministry is hopelessly underexplored and underutilised at the moment. I would go so far as to say that there really hasn’t been any serious imaginative exploration of the potential that this presents.

What do you think about the proposal to create a new presidential advisory council on science, and to move the National Advisory Council on Innovation into the presidency from its current home in the science department, to serve the presidential council?

AB: One of Usaf’s recommendations when engaging with the ministerial review committee was indeed to shift the location and role of NACI from being in the DSI to being in the presidency where it may align the NSI with the grand challenges facing society. As I read the document, it proposes the establishment of a Presidential Advisory Council, to which NACI would be secretariat. We would support this. NACI is sadly invisible in the current set up and it does not make sense for it to be located in DSI.

And the proposal to create a National Foundation for Research and Innovation by 2030?

AB: I think that the creation of a new structure is a good start but the devil lies in the detail. How will it function? Will it galvanise new resources? Will it begin to address the need for serious attempts at policy consonance? And so on.

On universities, the panel highlights inter-institutional competition as a big challenge. Is this Usaf’s view?

AB: Inter-institutional competition has both advantages and disadvantages. Usaf’s Research and Innovation Strategy Group and its Funding Strategy Group have projects aimed specifically at enhancing inter-institutional collaboration. More disconcerting, to me, is the chase after rankings. Competitiveness is driven by the system of funding, the lack of imaginative steering, the failure of imagination of what might be achieved by the science system. It is reflective of a system that does not create the conditions for collaborative partnerships.

It is very much a neoliberal political economy that the universities find themselves in, and they are required to play this game by that system. Should they be collaborating more? Certainly, but not only amongst themselves, also with the science councils. If we agree with this, then one sees that the current policy framework actively dissuades this.