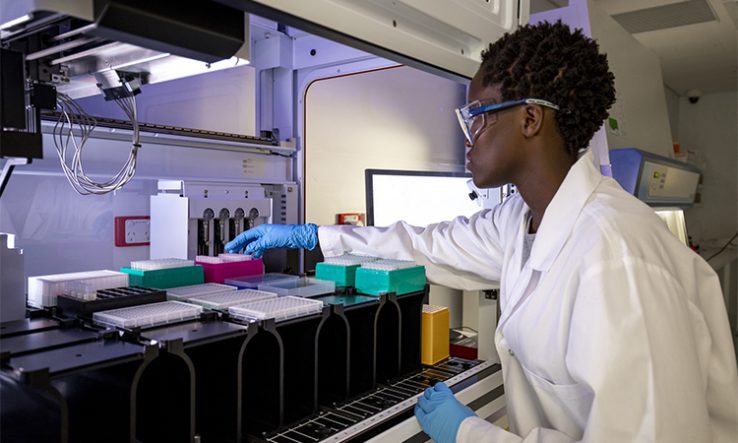 South Africa’s University of Cape Town’s Drug Discovery and Development Centre (H3D) has allocated an estimated R3 million (US$180m) to partner with the University of Limpopo on a tuberculosis drug discovery research project.

The project will be spread over three years and aims to find fresh solutions for South Africa’s tuberculosis epidemic. It is set to expand on existing work making novel drugs to fight Mycobacterium tuberculosis, the causative agent for TB.

The University of Limpopo, situated in a northern rural province of the country, is a historically disadvantaged institution. The grant will allow three postgraduate students (one PhD and two MSc) from UL to design and synthesise compounds, with input from H3D’s medicinal chemists.

The University of Cape Town is one of Africa’s top research institutions, and H3D is a pioneering drug discovery centre created in 2010 by its director, Kelly Chibale.

“This was not an open call for funding; H3D has been investing in drug discovery capacity-building activities for several years and we were aware that this is also a focus area for the SAMRC. Partnering with HDIs also forms part of H3D’s own transformation strategy,” she said in an email to Research Professional News.

She said UCT and Limpopo already had an existing relationship through a malaria project funded by the United States National Institutes of Health (NIH).

UL research scientist Winston Nxumalo has been appointed as the principal investigator on the project, Winks said. “He [Nxumalo] has already identified students to work on the project, but in order to align to the academic cycles they will only register in January 2023.”

The project, Winks added, is aligned with SAMRC’s capacity-building agenda and is a beneficiary of the Strategic Health Innovation Partnerships (Ship) programme. “In our experience, Ship plays a pivotal role in strengthening the local research networks and encourages building and strengthening complementary expertise, with a focus on research outputs and long-term impact,” she said.

Prior to the current project with UL, H3D partnered with Walter Sisulu University from 2018 to 2020 on a malaria drug discovery project. The centre also has a proposal with the University of Venda under review at the SAMRC. Both of these institutions are historically disadvantaged.

The partnership with Limpopo could grow further, Winks noted. “We are already working together on the five-year, NIH-funded project and also currently have another two joint grant proposals under review.”