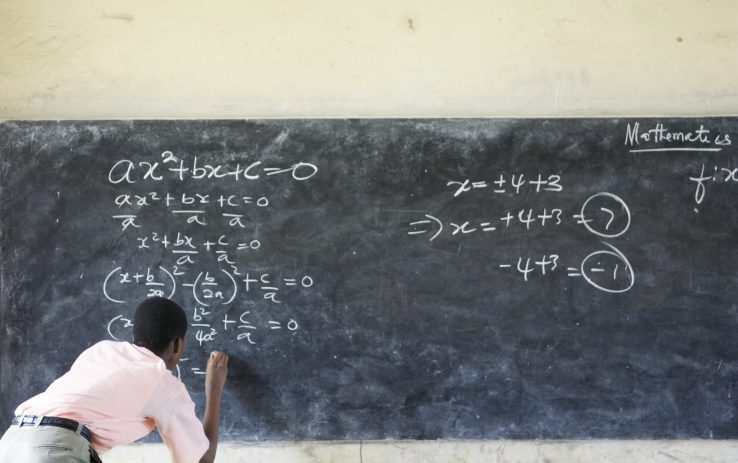 Black people, women and youth are “shockingly underrepresented” at the top levels of mathematics in South Africa, a paper has argued.

The paper, by two South African mathematicians, appears in the February 2022 issue of the journal Notices of the American Mathematical Society.

Eder Kikianty, senior mathematics lecturer at the University of Pretoria, and Loyiso Nongxa, vice-president of the International Mathematical Union, reviewed ratings by the National Research Foundation for mathematicians in South Africa.

Kikianty and Nongxa found that out of the 28 mathematicians ever awarded an A-rating, only two were women. Only one was of African ancestry, and that person was not born in South Africa. No mathematicians classified as ‘coloured’ under the apartheid racial classification system, indicating a mixed race background, had earned an A-rating.

The data illustrate fundamental problems with the South African mathematics pipeline, the authors argue. The fact that many young mathematicians in South Africa lack PhDs could be one of the contributing factors to their absence from the ratings, since you need a doctorate to be rated.

But the data also illustrates how shortcomings in mathematics education, anchored in the racist apartheid education system that curtailed education opportunities for non-white citizens, is still having repercussions today.

“The South African education system, from high school to university is not producing enough, if any, young mathematicians of African descent,” the authors write.

They conclude that the ratings system, unless it is overhauled fundamentally, is poorly placed to promote black and female scholarship in mathematics. “A meritocratic system like the rating system implemented in a highly unequal country like South Africa is likely to perpetuate or even exacerbate inequities,” they write.