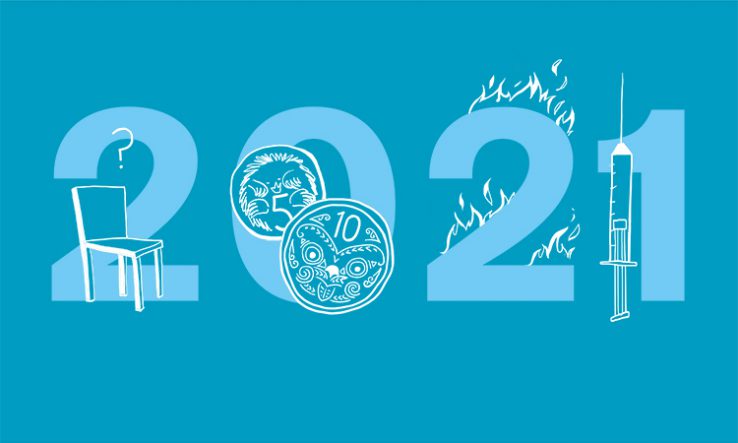 Once again, we find ourselves closing the door on a year dominated by a microscopic enemy. Like the year before it, 2021 proved to be a merry-go-round of highs, lows and new beginnings for researchers in Australia and New Zealand as the Covid-19 pandemic continued to block a return to normality.

What started as a year with relative freedom in most Australian states descended into severe and extended winter lockdowns in the two most populated states, New South Wales and Victoria, as the virus won another round in the tug-of-war battle to gain control.