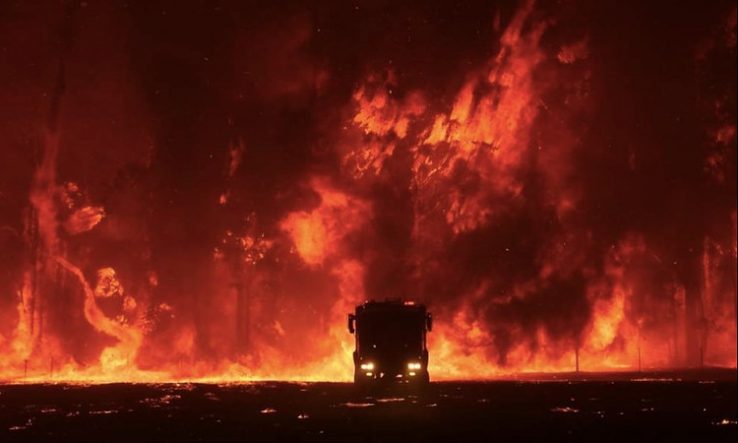 Australia urgently needs to carry out more research into how climate change affects fire disasters, a report has said.

The report, from the Australian Research Council’s Centre of Excellence for Climate Extremes and the Australian National University, calls last year’s extensive fires “a wake-up call” and says changes in fire risk are consistent with past research findings.

In the paper, published in Communications Earth and Environment on 7 January, climate researchers say that fire risk factors are clearly increasing: “A directly observable shift in dangerous fire weather in south-east Australia that is beyond historical experience is underway.”

“This emergence is consistent with projections made more than a decade ago, which suggested that anthropogenic climate change would cause increases in the mean and extreme Forest Fire Danger Index in south-east Australia, which would be apparent by 2020 and become more pronounced by 2050, especially in a high greenhouse gas emission future.”

An accompanying press release highlights that “predictions made more than 10 years ago that an increase in climate-driven fire risk would be directly observable by 2020 appear to have come true”.

Lead author Nerilie Abram from the Australian National University said that “during the Black Summer fire disaster, it became clear that there was an urgent need for a clear assessment of what we know—and what we don’t yet fully know—about how climate change will alter Australia’s fire risk in the future”.

Further research could focus on modelling the impact of climate change on fires, it says: “Limitations currently exist in the ability to model fire and some aspects of the weather and climate conditions that contribute to fire risk in south-east Australia.”