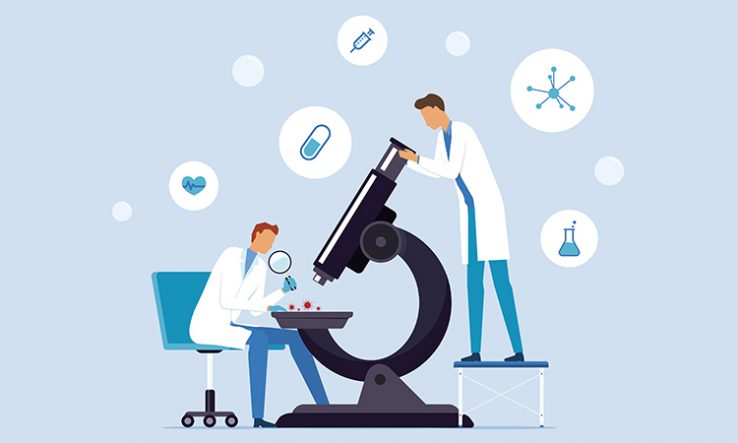 Medical researchers have been told that they should look closely at the A$20 billion Medical Research Future Fund to find financing for a wide range of activities, from blue-sky research to end-stage drug development.

The MRFF has just released its list of priorities and a funding strategy developed by the Australian Medical Research Advisory Board. Caroline Homer, deputy chair of the board, told a webinar on 16 November that translation and commercialisation were “really important” to the fund and that “we need practical benefits for people living in Australia and the region”.

She said that workforce development was a crucial part of the strategy. “We also know that we have to have a research sector and system that can respond to emerging and future challenges…We need to make sure that’s strong for the future.”

Board chair Ian Frazer said prospective researchers wanting to apply to the fund should look at the MRFF’s areas of interest rather than simply the stage or type of research to be undertaken. He said different levels of risk and reward would be considered. “At one end, we’re looking for sure things…but we recognise there is a need for blue-sky research which will carry more risk…We have a risk-benefit strategy rather than just a risk strategy.”

Masha Somi, chief executive of the Health and Medical Research Office within the Department of Health, said that around A$1.8bn had gone to 681 research projects through the MRFF so far. Her office directs funding by creating calls in line with the MRFF’s stated priorities. She said that funding decisions were now primarily made in the unit, with advice from expert selection panels. “The minister delegated financial approval to the department quite a long time ago,” Somi said.

Applications are assessed on four main criteria, she said: impact, methodology, capacity to carry out the work and overall value and risk. The MRFF has moved to more standardised funding periods, allowing “four to six months” for each call.

Over the past two years, the fund has been able to distribute all available funding, at around A$650 million a year, Somi said. While a large amount of the fund’s projected spending of A$650m a year is committed under its 10-year plan, there is a combined A$313m as yet unallocated up to 2025.

Around A$96m has gone to Covid-related research since the pandemic began. This included A$600,000 for rapid development of the McMonty Medihood, a protective device that sits over patients to protect staff from infection.

During the life of the fund, A$289m has gone to 48 proposals in regional areas or for research into regional health issues.

Somi said that the updated priorities and a permanent A$650m funding level would take effect when legislation currently before federal parliament went through. “We’re hoping for the outcomes to be available by the end of the year.”

The MRFF is also seeking nominations to join the second advisory council for its Million Minds mental health mission.