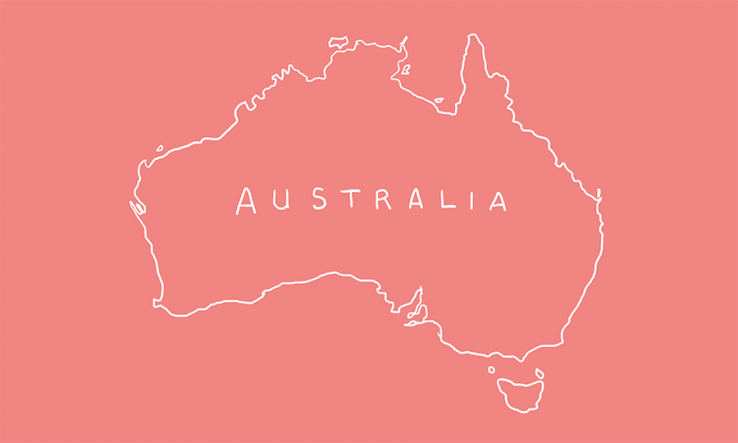 When it was revealed in August 2021 that the Australian Research Council had rejected 32 bids for funding based on a new rule about citations, it was too much for one researcher.

By the end of November, they had left academia.

“It was really cruel and I couldn’t wrap my head around it,” they told Research Professional News.

Although they were offered other academic work, the experience caused them to step back and take a non-research role.

Like the other bids, their application for money to support several years of work had been disqualified because it contained references to material classified as preprints, rather than traditional peer-reviewed journal papers.

“This application was like five, six weeks of working 60 hours a week. That’s a huge, solid workload, and some bureaucrat just put it in the bin,” they say.

The researcher, who does not wish to be named, says that while the ARC insists the process is fair, the rule in effect demanded they commit “research misconduct” by not referencing a preprint and therefore not correctly cite work.

The 32 applications were for Future Fellowships and for Discovery Early Career Researcher Awards, both seen as key steps in career progression. All were in physics or related fields, and all had been flagged by a single independent assessor. On 3 December, the ARC announced that, after an appeals process, all the bids were eligible for funding, and six were highly ranked and would now be funded.

The preprints issue was a stark example of how funding decisions and rules can affect Australia’s research workforce. The ARC, according to its most recent annual report, distributes 6.8 per cent of the Australian government’s research funding—some A$806 million. It has about 143 staff, almost all of them based in the Australian Capital Territory, where Parliament is located.

Like many large funding bodies, success rates are low and competition for grants is fierce. While all Australian funding bodies receive criticism from stakeholders, the ARC’s relationship with the sector has become particularly fraught.

When the preprints disqualifications were revealed, several peak bodies came forward to call for more openness and more discussion with the research community. During a recent Senate Estimates session of the Education and Employment Legislation Committee, questioning from Labor senator and former education minister Kim Carr revealed that from early 2020 until November 2021, the ARC’s advisory council had lapsed.

Carr believes the absence of the advisers during a critical period prevented the ARC from being able to access expert advice on issues including the preprints rule.

The advisers have now met once, in November, and discussed “grant-scheme operations, the impact of Covid on the Australian research sector, and research commercialisation”, the ARC says.

The Australian Institute of Physics is one of the bodies that has been vocal in support of the researchers affected by the preprint rule.

Speaking before the ARC U-turn, its president, Sven Rogge, said that the fellowships “are crucial in the establishment of the career for junior researchers”.

He added: “We understand that a proper appeal process is required, but these delays put severe stress on academics and support services at the universities that now need to submit a record number of different grants on a highly compressed timeframe.”

Rogge welcomed the ARC reinstating the advisory body and a consultation on the rule for future funding rounds, but said his group was “severely concerned that we still have no transparency in regard to the process that led to only grants in the physics sciences [being] declared ineligible”.

“We did not think it was a major issue, and that’s why we did things the way we did,” she said.

Thomas added: “We will certainly look at our own imperfections and what we can do differently in the future. That is a continuous process for us.”

For some in the sector, this is not enough. The popular Twitter account @ARC_Tracker monitors ARC announcements, issues and delays in funding.

The account, operated anonymously by a researcher at an Australian university, acts as a lightning rod for the sector’s issues with the council.

“Over the past two or three years there’s been a very clear shift in researchers’ public and private messages to me,” they told Research Professional News. “They feel like the ARC doesn’t listen and doesn’t recognise the impact they have on thousands of researchers’ lives. The rules they’ve set, and changes they keep making to them, seem so bizarrely narrow and bureaucratic, serving only the ARC’s convenience, and [are] completely disconnected from the realities researchers face.”

The academic has lost hope of meaningful reform, but others think it can be done.

Australian Greens senator Mehreen Faruqi, who sits on the Senate Estimates committee, told Research Professional News that “ARC’s relationship with researchers is in desperate need of a reset”.

“ARC’s generally poor communication with researchers and the preprints debacle have contributed to a significant deterioration of relations,” she says. “As a starting point, ARC needs to start acting transparently, communicating its decisions in a timely and clear way, and treating researchers with respect.”

Research Professional News asked the ARC for a response to these concerns. A spokesperson said “the ARC makes a valuable contribution to Australian research achievements and has supported thousands of research jobs since it was established 20 years ago”.

In 2020, in response to concerns over slowness in awarding grants, the Australian Senate made an order that ARC decisions be revealed in a timely fashion.

But the issue is still a live one. As of 3 December, the outcome of a number of bids for Discovery and Linkage Projects grants that fund large research projects and major research partnerships was still yet to materialise despite being due in October, to the frustration of the community.

The ARC says “the time between applying and receiving a grant reflects the ARC National Competitive Grants Program assessment process, which includes rigorous peer review, and ensures the Australian community can be comfortable it is funding the highest-quality research in the national interest”.

The Senate order on publication has revealed that at least some of the delays in outcomes have come from the time between recommendations being made and final approval by the then-minister for education, Alan Tudge, before he stepped aside on 2 December. A spokesperson for the minister referred questions on this back to the ARC. A council spokesperson said the questions were a matter for the minister.

As well as assessing grants on merit, the ARC has increasingly had to monitor grant applications for potential security issues. In 2020, it flagged 18 applications with then minister for education Dan Tehan, who withheld funding on security grounds.

In Senate Estimates, Labor’s Kim Carr questioned this approach, noting that no funds had needed to be recalled for security reasons, once granted, since at least 2015.

“These are secret files that lock people out of career choices,” he said, adding that they brought a dampening effect to international collaboration that threatened a “vital” aspect of Australian research.

The ruling this week that the 32 disqualified applications were eligible and that some of them would be funded is unlikely to satisfy the research community’s demands for wider changes at the ARC.

After the news broke, Rogge said “more transparency is important so we can understand how this could have happened and such pitfalls can be avoided in the future”.

Before the appeals outcome was released, the researcher who left their university and took a private sector job said that if their appeal was successful and the application was funded, they would consider returning to research work.

“We understand there is only so much money to go around and we understand they’re short-staffed,” they said. “But why can’t they say ‘well, we screwed up’? That would have made the difference.”