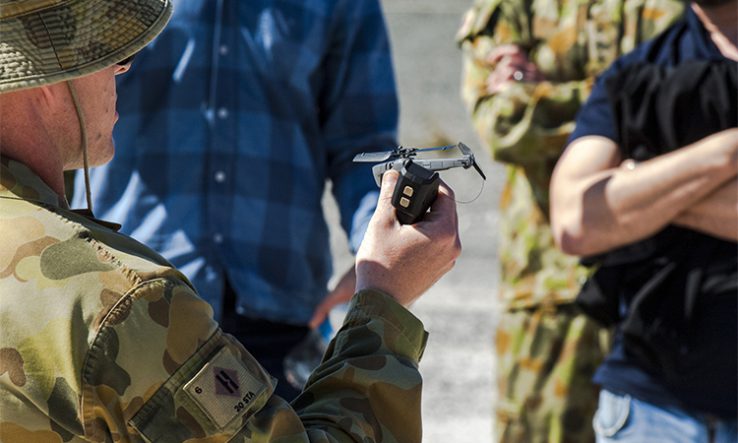 The Australian Defence Force is calling on universities, researchers and industry to provide expertise to drive a special programme aimed at combating unconventional weapons.

A 10-year STaR (Science, Technology and Research) Shot programme from the ADF is seeking ways to “respond faster and more flexibly to chemical, biological, radiological and nuclear events”.

In a call closing on 24 February, the force is asking for universities, research organisations and industry to join a “community advisory group” to guide the programme. It says that “state and non-state actors are increasingly willing to use these indiscriminate methods” and the weapons are becoming easier to make. The ADF needs “to do more” to improve its responses, the call says.

Activities that the STaR Shot “seeks to stimulate and sponsor within the Australian science, technology and innovation community cover a broad range of problem domains, all of which will benefit from advancements in research and technology”, a Department of Defence paper on the programme says.

Priority research areas include cheap and effective sensors to warn of the use of chemicals or pathogens, warning programmes that can work with existing military and civilian communications, and ways of allowing the military to operate in affected environments. Prevention and decontamination strategies are also high on the ADF’s list.

The community advisory group will be asked to suggest research strategies and evaluate the work being done. The Department of Defence expects to appoint a senior academic to chair the group. A “community of practice” will also be set up to help coordinate collaboration between Australian researchers on relevant topics.

The call is one of several defence-related research moves in recent years. The government has grants available for “future defence capability” research done by Australian universities in conjunction with partners in the United States, and an announcement is pending on a round of Department of Defence funding for next-generation technology research agreements with civilian researchers.

Some of the state-based defence science centres, which are supported by individual state governments in conjunction with the federal Defence Science and Technology Group, are offering funding rounds for research. One of these is Western Australia’s Defence Science Centre, which is offering A$150,000 seed funding for military-related projects. The Defence Science Institute, which covers Victoria and Tasmania, is helping to coordinate an artificial intelligence project and received extra funding in the Victorian state budget last year.