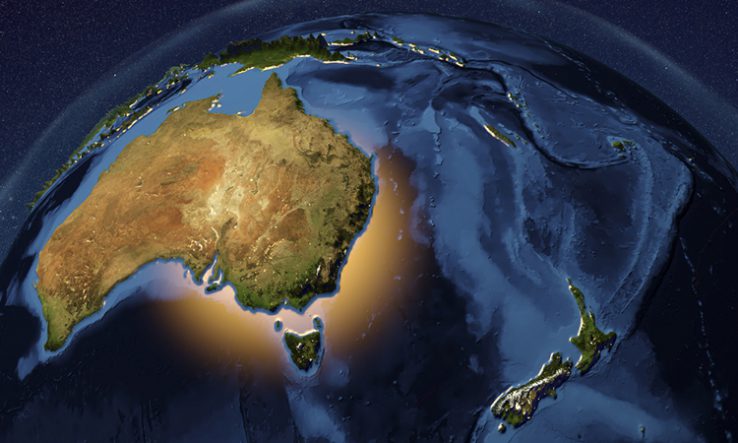 Australia’s space future depends on creating science-based priorities and a more diverse workforce, according to a draft plan from the Australian Academy of Science.

In a draft of its second 10-year plan for space science, the academy’s National Committee for Space and Radio Science calls for space science to be made a national research priority to support the existing manufacturing priority.

Committee member Fred Menk said changes in the past 10 years, including the establishment of the Australian Space Agency under the Department of Industry, Science, Energy and Resources, meant that a new national plan was “overdue”.

Speaking at an online seminar on the plan on 2 February, Menk said that an analysis of Australian Research Council grants showed that only about A$2 million a year was allocated to basic research on space-related issues, although classification systems made the exact figure difficult to assess. “You need a science industry to support a space industry,” he said.

The committee’s plan lays out a set of research priorities and projects to boost space development in Australia. They include a discovery and innovation programme based around space missions, workforce development, a focus on economically sensitive space activities such as developing “sovereign capability” in Earth observation satellites, and leveraging Australia’s existing abilities to focus on the human element of space exploration.

Phil Bland, from Curtin University’s school of Earth and planetary sciences, who is on the steering committee for the 10-year plan, said that Australia had “a unique advantage” in the area of human adaptation to space because of its extreme environments. He said the plan proposed “a national research institute for health and human factors in space and extreme environments”.

“We can leverage this research for human health back on Earth,” Bland said.

Menk said that developing space weather forecasting capability and improving the tracking of objects in space was critical. “At the moment, we have satellites which monitor the solar wind…If there were an eruption of the sun, we would get about 30 minutes’ warning that there was some enormous event about to impact on Earth.”

“It would be much better to increase that warning timeframe,” he said. While the “gold standard would be something like 12 hours’ warning”, research underway at some Australian universities could extend that to days, he said.

Better education and career pathways were also called for. Menk said that only about 20 per cent of Australia’s space-focused scientists were female, which meant there was significant untapped talent.

Bland said that one measure of the plan’s success would be more money going to basic space research. A lot of funding is directed towards applications, and “very little of that is going on basic research”.

“That’s causing problems for Australian universities, so that’s what I’d like to see coming out of this: that there’s a sea change in that.”

“There isn’t $15 billion [worth] of hardware on Mars to make me and my mates happy—it’s because it pays,” he said, citing figures from the United States of economic returns of 15 to 20 times the original investment in space research.

On 21 January, the South Australian government announced a A$6.5m plan to launch a satellite into low Earth orbit by 2022, to support emergency services and other remote industry applications. The satellite project will be led by the SmartSat Cooperative Research Centre, also based at Lot Fourteen.

And in Victoria, Swinburne University of Technology has set up a Space Technology and Industry Institute. In an announcement on 29 January, Swinburne said the centre would provide vocational training all the way up to doctoral research and would work on practical projects including improved satellite imaging and the potential for a refuelling station on the moon.

Public feedback on the Australian Academy of Science plan is due by 7 February, and the academy expects to publish a final plan by around May this year.