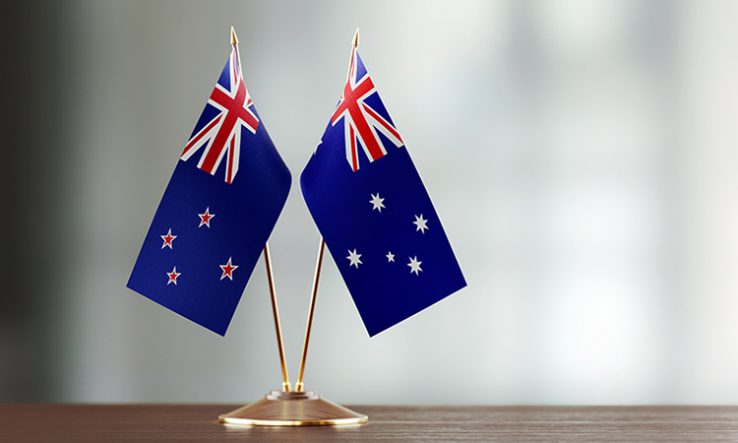 However, in December, the mid-year economic update stated that Australia’s border restrictions were likely to remain in place for another year. When Australia briefly reinstated quarantine for incoming New Zealanders in January, Ardern said such actions could be a threat to establishing the bubble.

Over the past 20 years, about 1 in 20 Australian Research Council-funded projects that have involved international collaborations have featured New Zealand institutions. The New Zealand government estimates that about a third of New Zealand researchers have formal links with Australian counterparts.

Australia and New Zealand have numerous research partnerships, such as the 2019 space partnership agreed between the Australian Space Agency and the New Zealand Ministry of Business, Innovation and Employment, and since 2017 the two countries have had a cooperation agreement in place on science, research and innovation.

James Metson, deputy vice-chancellor for research at the University of Auckland in New Zealand, told Research Professional News that “the impact of the border restrictions has been considerable as in many areas Australian institutions tend to be our largest international collaborators in research”.

“We share research infrastructure in areas such as the NZ investment in the Australian Synchrotron, Australian Nuclear Science and Technology Organisation neutron facilities, the Australian National University’s space testing facilities, cryo-TEM [a specialised electron microscope] and some research computing networks. We also collaborate closely in areas such as medical and health sciences, vaccination strategies and programmes, clinical trials, Indigenous research, climate science and research in the Pacific.”

The spokesperson said: “We’ve had some limited success in securing travel ban exemptions for students who demonstrate a clear and compelling case that their work is advancing Australia’s national interest.” They did not provide further details on this.

New Zealand is a major investor in the Australian Synchrotron at Monash University and its researchers use the facility on an equal footing with Australians. However, since the pandemic, New Zealand’s use of the facility has declined, according to Bryony James, deputy vice-chancellor for research at the University of Waikato. “The New Zealand Synchrotron Group estimates that 30 to 40 per cent of beam time that would usually be used by New Zealand researchers had to be cancelled in 2020,” James said.

She added that Waikato’s researchers were using workarounds such as video links for their work with Australian counterparts, but that such methods were not sustainable in the long term.

Universities Australia was unable to offer comment on the issue.