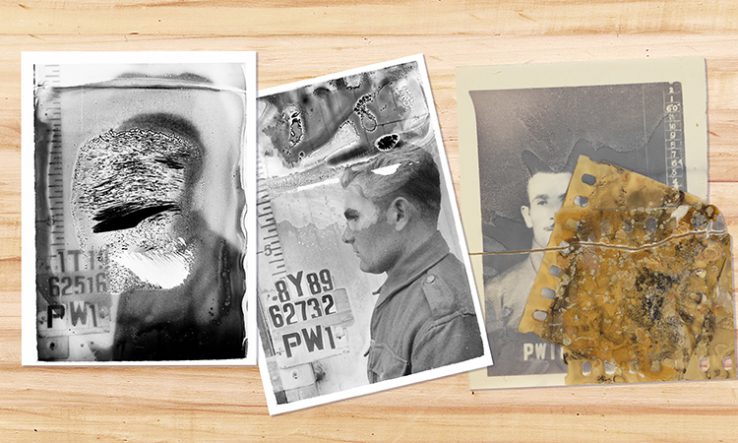 Archivists are not prone to exaggeration. So when the chief custodian of Australia’s most precious archival collection sounds the alarm, it’s time for urgent action.

David Fricker, director-general of the National Archives of Australia, is not mincing his words. “I’m deeply concerned,” he tells Research Professional News. “Time is not on our side. It’s imperative that we move quickly, or we risk losing so much of our collection. The clock is ticking.”

The NAA is charged with preserving Australian government records. The collection dates from the federation of Australia in 1901 and includes a vast amount of material—if the shelves at the NAA were laid out end to end, they would run almost halfway from Sydney to Melbourne.

Unlike at other institutions around the country, most of the material on those shelves is unique. Fricker knows better than most what’s at risk.

“Our collection holds records that protect people’s rights. They define our past, shape our future and help safeguard our democracy,” he says. “But tens of thousands of our deteriorating audiovisual items could be lost as soon as 2025.”

Those records come in many formats, from paper-based files to photographs, films and magnetic audiovisual tapes. Many of those formats have a limited lifespan.

For instance, photographs and motion pictures on acetate film develop what’s called ‘vinegar syndrome’, because the film starts to smell like vinegar and then becomes brittle and shatters.

The NAA has sent Research Professional News a list of some of the documents at risk. It makes for a depressing read. Materials on the watchlist include: recordings from the royal commission into the Stolen Generation of Aboriginal children who were forcibly removed from their families as a result of government policies; second world war personnel records; early 20th-century films of Aboriginal culture; wartime speeches by prime minister John Curtin; and interviews with revered Australian composers.

The term ‘prehistory’ covers much of human existence—the three million years or so before writing evolved. So does the pending loss of so many foundational documents mean we are witnessing the death of Australia’s history? And what needs to be done to turn the situation around?

Fricker has no doubt where the problem lies: it all comes down to “budget and staffing reductions”, he says.

Nicola Laurent, president of the Australian Society of Archivists, is less diplomatic. “The National Archives has been chronically underfunded for years,” she tells Research Professional News.

The NAA is funded through the federal Attorney-General’s Department. When asked about the prospects for funding levels being boosted, a department spokesperson referred Research Professional News to the department-commissioned ‘Tune review’ of the NAA.

Released in March, the review found that the NAA needed an injection of over A$400 million to preserve the collection. It recommended that the Australian government should spend A$67.7m over seven years to urgently digitise the most at-risk material.

The department spokesperson said that the government was “prioritising” the review recommendations and that it would “consider additional funding”.

That will come as welcome news for the NAA. “I’m optimistic that with the right level of funding and resourcing, we can find the solution,” Fricker says.

Not everyone is as optimistic, though. In late April, Michelle Arrow, a historian at Macquarie University, wrote an article in The Conversation calling for urgent action to save the NAA. “I’m hopeful that the government won’t want to let this material be destroyed,’ she tells Research Professional News. “But I can’t say that I’m entirely confident that there will be a positive outcome—not yet.”

Arrow is pleased to see the issue getting some attention. “It’s very difficult for the NAA to get media traction,” she says. “It’s not really a vote-changing issue—so this plea has been designed to put the issue in people’s minds and to get some leverage in the public debate.”

She also points out that it’s a much broader problem. “The same thing is happening at almost all our large cultural institutions. All have had their funding steadily reduced. I think it’s reached crisis point now.”

Arrow is very worried for the future. “I’m deeply concerned that we are going to lose large chunks of our national cultural memory.”

Robyn Sloggett, director of the Grimwade centre for cultural materials conservation at the University of Melbourne, says that government policy is contributing to the NAA’s woes. “It’s in such strife,” she explains to Research Professional News, “because there’s been a reduction in funding at the same time there has been an increase in material that’s required to be deposited and made available under the NAA Act.”

Sloggett has good reason to be concerned. “The serious implications if the NAA is lost…Well, the list is endless. For historians, it means being unable to access source documents. Legal research won’t be able to inform land rights claims, for example. Families won’t be able to connect—think about the Stolen Generation institution records.”

“The repercussions will affect our capacity to understand what it is to be, and to have been, Australian.”

Benjamin Thomas’s life revolves around archival material, including countless documents sourced from the NAA. He’s a historian and curator at the University of Melbourne’s Trinity College. In his downtime, he uses a painstaking colourisation process to bring historical photographs to life and publishes them on Instagram.

“Institutions and collections like the NAA play such an important role in recording, and reflecting back to us, our national identity,” he tells Research Professional News.

Thomas sees the crisis facing the NAA as part of a much broader and more insidious problem. “We only have to look at the 20th century to see governments reshaping or limiting their populations’ access to history by destroying material culture and archival holdings. We need to ask whether that’s the sort of country we want to align ourselves with.”

“What does it mean for a country to not want to actively collect and preserve its national memory for the enrichment of its current and future generations, while honouring the multitude of stories that comprised its past generations? Is that the sort of culture we want in Australia?”

Thomas’s grief is palpable. “What lessons from the past won’t be able to be learned? The absolute, unfathomable knowledge loss that will eventuate when that material is inaccessible to future generations of users and researchers…It’s just devastating.”

If help is not forthcoming? “My heart sinks every time I hear of these sorts of threats to archival holdings,” Thomas says. “We won’t truly grasp what has been lost until it’s too late.”