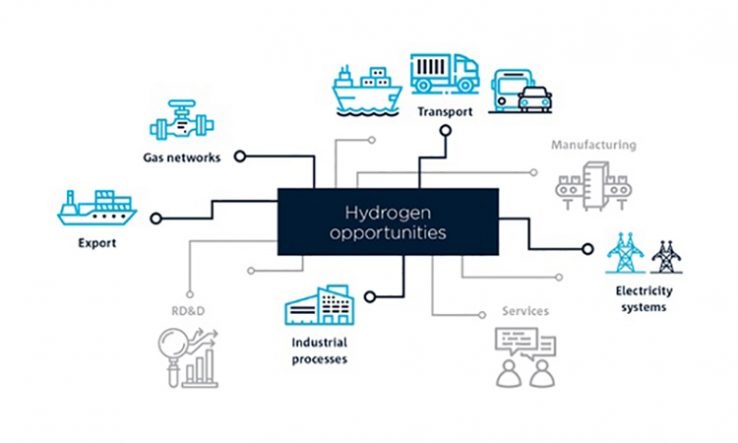 Australia aims to become renewable energy leader through production, use and export of hydrogen

A Hydrogen Industry Mission has been added to the research portfolio of the Commonwealth Scientific and Industrial Research Organisation.

A combined A$68 million will go into the mission, which is part of the “mission-led” research model adopted by CSIRO in late 2020.

CSIRO is already coordinating and contributing to numerous hydrogen research projects, and the mission will bring that number up to around 100. It will also run a “hydrogen knowledge centre”. Chief executive Larry Marshall said the mission was aimed at creating “a new industry”.

“Australia can become a renewable energy leader through the production, use and export of hydrogen, but it will only become a reality if we break through the A$2/kg barrier. That needs Australia’s world-class science working with CSIRO’s commercialisation expertise, turning breakthrough science into real-world solutions,” Marshall said.

As well as A$12m in new government funds, A$38m will come from CSIRO and A$18m from industry partners. The money is additional to A$275.5m announced in the 2021-22 budget for regional hydrogen technology hubs.

The mission was jointly announced by energy minister Angus Taylor and industry, science and technology minister Christian Porter. In a statement on 27 May, Porter said that R&D was “critical to securing the efficiencies needed across the supply chain to drive down the cost of hydrogen”.

“This investment will create new job opportunities, grow the economy and leverage the global advantages presented by Australia’s potential to become a major hydrogen producer and exporter.”

Australia has a target of reducing the cost of “clean” hydrogen to under A$2 a kilogram as part of its Technology Investment Roadmap for emissions reductions.

Australia’s chief scientist Cathy Foley said the hydrogen mission was “vital” to the industry. “We must be bold and ambitious when it comes to transitioning towards a low-emissions economy. Hydrogen is well placed to be a key element in this transition, but the emerging Australian hydrogen industry is at a critical stage.”