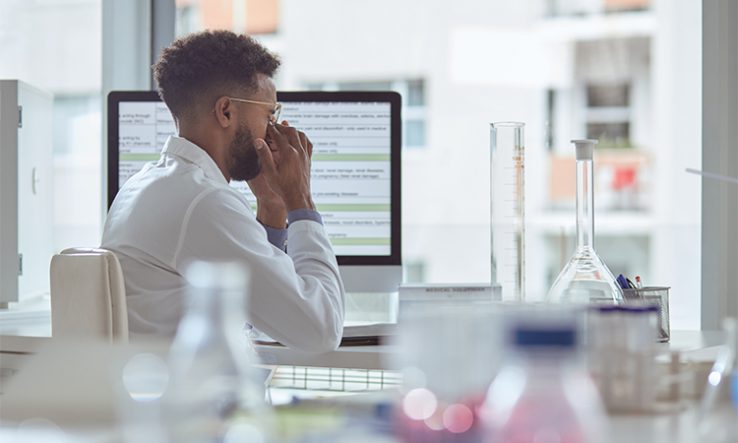 Anger is growing at the disqualification of at least 20 applications for Australian Research Council grants on a technicality.

The affected researchers, who had applied for the recent rounds of Future Fellowships and for Discovery Early Career Research Awards (Decra), say a rule disqualifying applications that refer to “preprint” papers is out of touch with accepted practice, and has been applied indiscriminately. The ARC confirmed that prior to September 2020 the rule only applied to research outputs, but has now been expanded to the whole application.

The Group of Eight body, comprising Australia’s leading universities labelled the rule “completely out of step with global practices” and said it “ignores the fact that preprint options, especially during this period of research on Covid, have been critical in the world’s scientific response”. The University of Sydney, one of at least four universities affected, has also called for a rethink.

The Go8’s committee of deputy vice-chancellors for research is in discussion about the issue. A Go8 spokesperson said the group was “concerned about the impact this will have on our early career researchers. There is a danger that they will be disproportionately discouraged and disadvantaged by the ARC’s rule”.

Australia’s Women in Stem ambassador, Lisa Harvey-Smith, wrote on Twitter: “This is truly astonishing and must be fixed by the @arc_gov_au as a matter of urgency.”

She later told Research Professional News that “the way in which applications citing papers held on preprint servers were automatically deemed ineligible seems unnecessarily draconian. Astrophysicists [for example] use preprint servers to share papers that have been fully peer reviewed and accepted for publication, but are yet to appear in physical printed copies of journals”.

A spokesperson for the University of Sydney said that “unfortunately some of our researchers have been impacted by this situation and while we acknowledge the advice was included in the grant guidelines, we feel the ARC should reconsider its approach”.

“Fundamentally, we believe preprints serve as an increasingly vital way of disseminating research, even more important during the current pandemic.”

The Australian Greens spokesperson on education, Mehreen Faruqi, wrote to ARC chief executive Sue Thomas on 19 August calling on her to review the decisions. Faruqi called the disqualifications an “extraordinary and highly undesirable situation.”

Affected researchers have described the decisions as “heartbreaking” and “devastating”, with many saying the rule was unclear and applied in a way that did not fit the practices of their discipline.

At least four universities are understood to have been affected.

Former ARC fellow Matthew Bailes, a professor at a Victorian university, said he understood some applications were knocked out for citing material held on “preprint” servers that had been published, or at least accepted for publication.

The ARC confirmed that prior to September 2020, the rule only applied to research outputs, but has now been expanded to the whole application.

Bailes said the system meant that one reference to a document on the preprint server in any part of the application could disqualify a whole application.

“You could write the perfect Nobel-prize winning application and cite anything on the preprint server in your scientific case and that would disqualify it. These might include technical documents that are just housed there for convenience and were never intended to be published in a journal. The preprint server is no longer just used for papers.”

The rule was also more likely to affect applications in fast-moving areas of research, Bailes said.

“I think hot topics within disciplines will suffer because things are happening at such a rapid pace.

“Not being able to cite anything but published papers makes the research a little bit outdated…and is not in line with open-access rapid-publication principles.”

Many researchers had been “devastated” by the disqualifications, he said.

“A lot of them would have put in over a month of effort to write the application.

“I know of an applicant who had two references to their own preprints, both of which had been accepted by a journal at the time of submission but the application had been disqualified because they were interpreted as unrefereed preprints.”

Bailes said the use of preprint servers, particularly www.arXiv.org, to host even non-refereed material, was now standard practice.

He pointed to the example of a technical paper on the Laser Interferometer Space Antenna that was submitted to the European Space Agency, kept on arXiv, which is “not in any way invalid—it has 350 citations, about a hundred times more than the average paper”.

“We need to make it clear that some important documents are never [formally] published and live on the preprint server and are very valid, and a good applicant should be citing them.”

Bailes said he understood the rule was intended to prevent applicants “stacking” their publication lists with unpublished papers, but argued that most applicants have been upfront about their papers’ status and not trying to bend the rules.

Three researchers who had missed out on either Future Fellowships or Decra grants because of the rule spoke to Research Professional News on condition of anonymity.

One said they were “shattered to be treated like I cheated”.

That researcher said they were likely to leave academia altogether now that they had no funding. They said that because of the Covid-19 downturn “lots of really, really talented people have left, and I’m just the next person”.

They had read the rule, but understood it to apply only to the research outputs, and the paper they had referred to was a vital piece of information for the application.

“Under the project description it says to list ‘all relevant publications’…there was no way for me to follow all the rules.”

Another researcher said that even though the grant application was “a very competitive exercise”, at the review stage they had been hopeful of success.

“There were no strong showstoppers [in the reviewers’ comments],” they said. “It’s kind of disappointing not to be judged on merit.”

Their proposal was part of a major long-term international project.

“It’s clear in the application that you can’t refer to preprints [as a research output]…but the problem is that the ARC also looked into the project description to see if people have cited papers that were ‘preprints’, but not whether they fell under the ARC definition of a preprint.”

A third applicant said the paper involved in their case was not a “preprint” and they had had difficulty finding the definition of “preprint”, which is contained in the ARC’s open-access policy, rather than on the grant application form.

All three said their applications were captured by the rule because of what they wrote in the description of their projects, rather than by including “preprints” in the list of research outputs.

The research offices of at least two disqualified applicants are preparing appeals. Although a successful appeal is unlikely to mean the applicants are given the funds they asked for, it could reset the clock on Decra applications, which are limited to two per person over their careers.

Research Professional News asked the ARC about the disqualifications, including how many researchers had been affected, what institutions they were at, and if particular fields had higher disqualification rates. Online commentary suggests that areas such as astrophysics, maths and physics were highly affected.

An ARC spokesperson said: “All applications for research grants are subject to a set of eligibility criteria, which are detailed in the grant guidelines, the application form and the instructions to applicants.

“This requirement was also communicated to research offices through webinars at the time of the opening of the grant rounds.

“Applicants who are not satisfied with the process are able to appeal.”

They referred to the ARC’s grants outcomes page, which showed that 27 Future Fellowship applications and 25 Decra fellowships were deemed ineligible. The outcomes page does not list reasons for ineligibility.