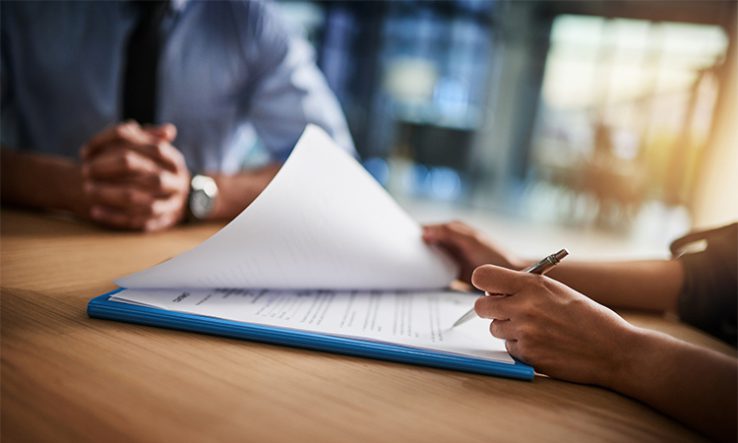 Universities urge ARC to review preprints ban, as NHMRC changes rules to allow their use

The Group of Eight research-intensive universities and several professional organisations have demanded that the Australian Research Council review its selection processes, following the disqualification of at least 20 grant applications on a technicality related to preprint citations.

In the Senate, the Australian Greens have demanded more clarity on how many researchers have been affected.

Meanwhile, the National Health and Medical Research Council announced on 23 August that it had changed its own policy on preprints, allowing them to be quoted in applications from October 2021.

Last week, it emerged that numerous applicants for the ARC’s recent Future Fellowships and Discovery Early Career Researcher Awards had been ruled “ineligible” because they had included references in their applications to documents that were deemed to be preprints.

On 24 August, the Australian Institute of Physics published a letter to the ARC that was signed by more than 50 academics in senior positions, including heads of ARC Centres of Excellence and leading professional associations, raising “grave concerns” about the application of the rule. The letter was also issued under the letterheads of the Royal Australian Chemical Institute, the Australian Mathematical Society and the Astronomical Society of Australia.

“We are dismayed that promising research careers have been impacted and perhaps even ended because fellowship applicants cited preprints and other documents housed on preprint servers,” the letter said. “We are not aware of any consultation with our scientific communities about this change.”

Australian Institute of Physics president Sven Rogge told Research Professional News that “the sudden and narrow interpretation of this rule punishes young scientists that intended to give other people due credit”.

The rule previously applied to “research outputs” but was widened in September 2020 to include the whole application.

“Forbidding references to preprints prevents applicants from giving appropriate credit to the authors of ideas that informed their proposal. This constitutes academic misconduct,” the letter said.

In the Australian Senate on 24 August, Mehreen Faruqi, education spokesperson for the Greens, tabled a motion compelling education minister Alan Tudge to say how many applications had been affected, their primary fields of research and the total monetary value. The ARC has not yet provided this information, although it seems likely that fields such as mathematics, physics and astronomy will have been hit particularly hard because of their use of the ArXiv server to host information.

Faruqi later said: “The ARC will now have to provide critical details about the applications impacted by the preprints rule. To this point, the ARC has been less than forthcoming and frankly quite secretive. It’s absolutely essential that the ARC’s actions are accounted for and the research community’s concerns heard.”

On 20 August, Group of Eight chief executive Vicki Thomson wrote to Sue Thomas, head of the ARC, to raise concerns about the process, including how it would affect the upcoming round of Discovery grants, and to ask for talks. “There has been some dismay at the impact on applications and concern that the ARC approach is not strictly consistent with global research practices,” Thomson wrote. “As the ARC would be aware, in certain disciplines, preprints are an essential contributor to research.”

“There is a danger that early career researchers will be disproportionately discouraged and disadvantaged by the ARC’s rule…In addition, the Group of Eight would note the compliance burden, both on research offices and on the ARC, in identifying preprints,” she wrote.

One researcher who has applied for a 2022 Discovery grant said it was “incredibly demoralising and impacting both myself and my co-investigator quite badly” to realise that a reference in their application could render it ineligible. “We didn’t cite any preprints in the project component as we were strongly warned against doing so by our research office, but wonder whether we’ll be punished for accurately stating my track record at the time of submission.”

Research Professional News has asked the ARC to respond on whether the Discovery projects, which are currently being chosen, will be affected. In 2020, funding was announced for 591 Discovery projects across a range of disciplines. The ARC has also not revealed whether the recently released industry-university collaborative Linkage grants were affected.

The council is yet to clarify the selection process, but Research Professional News has spoken to one applicant who included a preprint paper but lost out on rankings rather than the preprint rule. Multiple researchers have suggested that the rule was only applied to the higher-ranked—and therefore more likely to be funded—applicants.

Karl Glazebrook, an astronomer at Swinburne University of Technology, acted as a reviewer for the upcoming round of Discovery grants. He said he would be “extremely upset” if it turned out he had spent time reviewing something that was then disqualified. And that process aside, he said the rule did not make sense in the context of his field. “It seems to me to have been applied without any thought.”

Glazebrook said he knew of a postdoctoral student who had been disqualified for including a reference to a technical manual in their application. He said he had contacted the Australian Academy of Science, of which he is a fellow, to ask for the problem to be investigated. The academy has been contacted for comment.

A spokesperson for Swinburne said: “Swinburne researchers have felt the impact of these rulings, with two Future Fellowship candidates and four Discovery Early Career Researcher Award candidates affected. Given the impact this could have on researchers’ careers and—more broadly—on Australian research, we will be raising it as a point of discussion with the ARC.

“We really feel for the impacted candidates, because we know how much work goes into crafting these proposals. We have had wonderful outcomes from the ARC this year, with four Future Fellowships and two Discovery Early Career Researcher Awards, and we look forward to continuing our positive relationship into the future.”

A Macquarie spokesperson said: “Unfortunately, a small number of Macquarie researchers have been impacted by this situation and the university is currently supporting them to assess the options available to them.

“We acknowledge that advice was included in the grant guidelines—however, we feel that the definition of ‘preprint’ was ambiguous. The reported implementation of these guidelines does not reflect the established practice in many disciplines, such as physics and astronomy, where it is common to disseminate research findings as e-prints.”