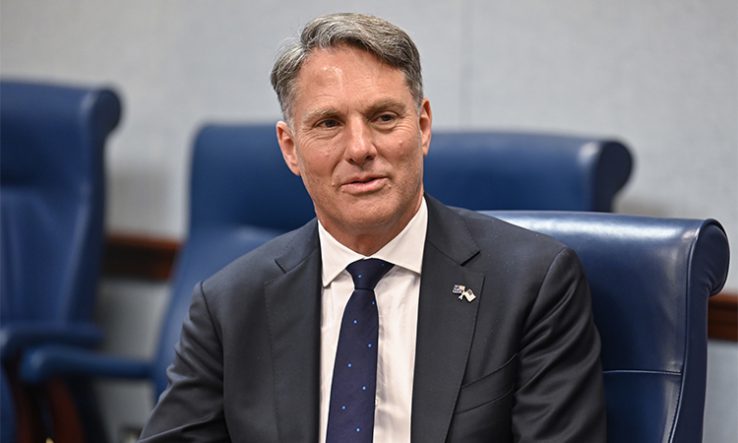 Several universities in Australia have been granted a total of A$5.8 million for intelligence and security research, including work on machine learning, human weaknesses and supply chain issues.

The announcement on 18 July was made by Australia’s chief defence scientist Tanya Monro. Monro said the winning projects covered a “balanced portfolio” of topics across a number of institutions.

“Collectively, this will generate valuable capability and capacity in tertiary sector R&D related specifically to national security,” she said.

Of the total, A$2.3m went to “national security challenge” projects and A$3.5m to intelligence research, including research into phone scams, computer network security and composite materials to protect electronics on satellites.

The announcement came as defence minister Richard Marles (pictured) told a forum that defence science had “never been more important”.

Addressing the Australian Defence Science, Technology and Research Summit on 20 July, Marles said that he wanted Australia to “develop the defence science and technology we need at greater speed”.

“We are committed to backing Australian defence science researchers and innovators with the right investments and the right time—through partnerships, grants and support to help the science and technology community to work with [the Department of] Defence,” he said.

In the previous round of the grants, in September 2021, A$2.9m was awarded for intelligence projects ranging from how to improve monitoring of cryptocurrency transactions used for criminal purposes to how to spread persuasive messages through online crowds.

Another A$2.8m in 2021 went to national security challenges including “detection science” and research into disinformation.

The success rates in the first two rounds varied from 3 to 12 per cent by programme, and the Australian Research Council, which manages the funding process, says it is moving to an ‘expressions of interest’ system for the third round. This system will assess “proposed research projects’ alignment with the intelligence challenges and national security challenges” before proceeding to full bids.

Expressions of interest open on 29 July for the next round, which has A$7.2m available.