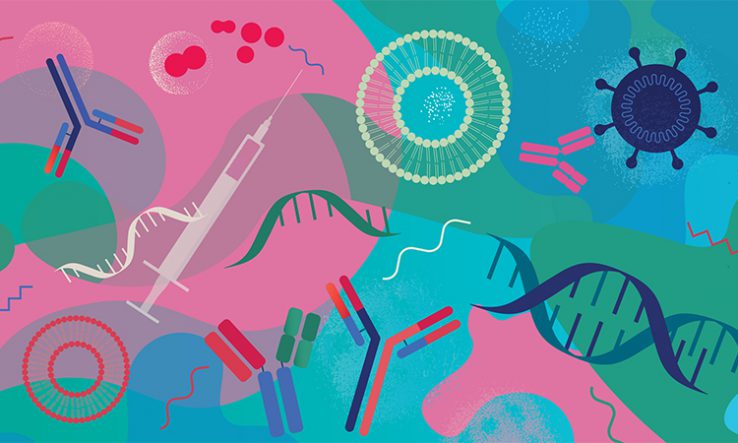 The Victorian government has committed A$50 million to setting up an mRNA manufacturing facility in the state.

The facility, a joint venture between several Victorian research centres, will enable scientists to develop treatments and potentially manufacture mRNA vaccines for Covid-19, the state government said on 21 April.

The Pfizer and Moderna vaccines, which Australia currently has to import, use mRNA. They introduce the genetic code of the virus’s ‘spike protein’ into the body.

Melbourne’s Peter Doherty Institute for Infection and Immunity welcomed the funding announcement, saying it would “work closely with the Victorian government along with world-leading experts from the University of Melbourne, Monash University and other leading research institutes to advance this capability”.

The institute said the facility would help in research on RNA nanomedicines for cancer and rare diseases, as well as cellular engineering.

Monash University’s institute of pharmaceutical sciences has been working on an mRNA vaccine since receiving a A$3m Medical Research Future Fund grant in September 2020.

Colin Pouton, lead researcher on the vaccine at Monash, said the money from the Victorian government presented “an opportunity for Monash University to help build an Australian mRNA ecosystem and a range of new therapeutic products”.

In late 2020, Pouton announced that his team had a vaccine candidate ready for testing. He has been part of a national group of scientists and industry members pushing for mRNA facilities in Australia, saying that the lack of manufacturing capacity is a major barrier for researchers.

Jaala Pulford, Victoria’s minister for medical research, said the facility would build on the state’s existing capability in mRNA research, which was already the strongest in the country. “This investment will give our researchers the support they need to expand that capability,” she said.

In a statement, University of Melbourne vice-chancellor Duncan Maskell said: “Australia is absolutely right to move quickly so we are at the forefront of this effort.”

The federal government has indicated that it will support the facility. No location has been announced yet.