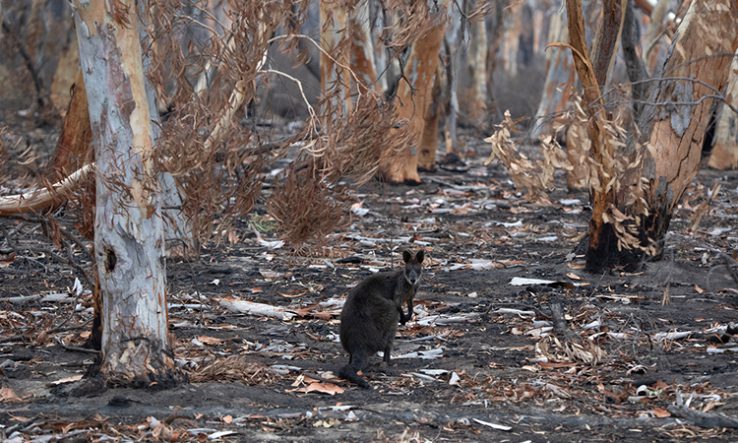 Australia’s commitment to net zero emissions by 2050 at the COP26 climate change summit in Glasgow needs to be backed up with research and planning, top scientists and technologists have said.

The Australian Academy of Science welcomed the net zero target but said it was “an incredibly complex undertaking”. President John Shine said: “The academy stands ready to assist by providing independent scientific advice on emissions reduction to inform the detailed short, medium and long-term plans that are needed to achieve net zero by 2050.”

He added: “We have seen how research and innovation have been vital in responding to the pandemic, where the nation has witnessed the importance of convening scientific, engineering and economic experts from academia and industry to provide rapid, relevant, timely and independent advice. The same will be essential to deliver the net zero transformation required across all sectors of the economy…Capitalising on Australia’s excellent research and innovation capabilities can drive new economic opportunities, skills and the creation of new well-paid jobs.”

The Australian Academy of Technology and Engineering has issued a discussion paper about Australia’s use of technology to achieve net zero. In a statement, it said Australia should “commit to achieve net zero emissions by 2050 at the latest, and set a more ambitious interim emissions target for 2030”. It welcomed the prime minister’s announcement that a 2050 net zero target would be set, but it said that there was still an “enduring need for clear targets and a plan to achieve them, which will pave the way for large-scale infrastructure rollout and provide certainty for industry and investment”.

The academy says Australia should “prioritise the immediate deployment of existing mature, low-carbon technologies which can make deep cuts to high-emitting sectors before 2030”, and should develop a national net zero emissions policy and implementation framework.

Sven Teske from the University of Technology Sydney’s institute for sustainable futures attended the Glasgow summit. His research team has modelled a global “carbon budget” for 12 industries, showing the percentage of emissions each needs to reduce to meet the target. He said Australia had excellent access to renewable energy, and that some skills, such as those needed for offshore oil and gas mining, could easily be transferred to projects including offshore wind generation.

Frank Jotzo, director of the Australian National University’s centre for climate and energy policy, told a media briefing during the summit that Australia could follow the plans laid down by nations such as the United States and the UK. “The UK is a really good example for a long-term emissions strategy that is really deeply researched and analysed,” he said, and “really what you need is a deep and broad and open process that has the imprimatur of government…Our friends in New Zealand are doing that right now.”

He added: “The [current Australian] strategy document is really very weak on analysis and very strong on political messaging. That’s really where the problem is. Climate strategy has been too politicised.”

On 15 October, a non-government alliance to drive decarbonisation was launched. Engineers Australia, the Planning Institute of Australia, the Australian Youth Affairs Coalition and the Infrastructure Sustainability Council are leading the Climate Ready Australia alliance as part of Griffith University’s Climate Ready Initiative.

Alliance co-chair Rosemary Addis said: “Australia currently lacks a plan for how to deliver our carbon commitments while ensuring that 25 million Australians are better off in 5, 20 and 50 years’ time…This is an ambitious project aiming to fill this critical gap by developing a detailed plan of how to get there, in collaboration with the industries and community groups that must be part of solutions.”

On 5 November, Australia’s Commonwealth Scientific and Industrial Research Organisation announced a carbon capture and storage scheme in partnership with the energy company Santos.

However, Teske said that carbon capture was not the path to net zero and should be reserved for offsetting “process” emissions such as those from making cement. “We need to wake up. Australia has such a good chance to be a renewable energy superpower. Why on earth are we still talking about carbon capture and storage?”

Meanwhile, on 10 November, the prime minister announced the creation of a Low Emissions Technology Commercialisation Fund. The fund will provide A$500 million in government funding, to be channelled through the existing Clean Energy Finance Corporation, with an expected matching A$500m from industry.