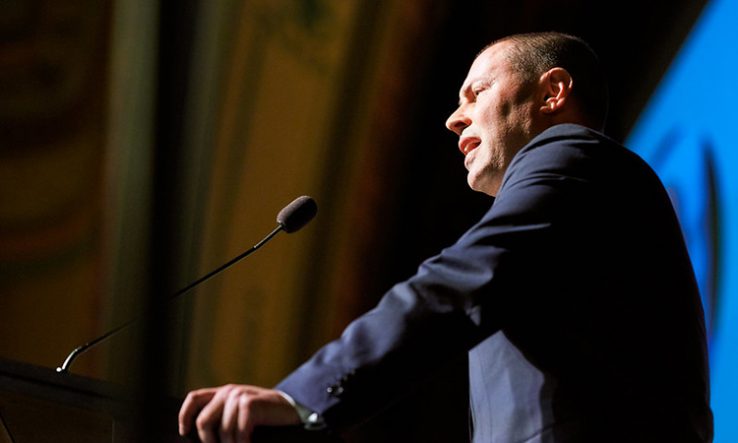 The Australian federal budget on 11 May has received a lukewarm reception from research and higher education representatives.

Treasurer Josh Frydenberg (pictured) said the budget contained a total of A$19 billion in university funding in 2021-22. However, most of the educational focus in the budget was on preschools, in line with the government’s move to improve childcare.

In a measure aimed at boosting the medical and biotech industries, a “patent box” will apply a concessional tax rate to income earned from new patents held on medical technologies developed in Australia. The 17 per cent tax rate is around half the 30 per cent company tax rate. It will be introduced on 1 July 2022, and Frydenberg said the government would then consider expanding the concession to clean energy technologies.

John Shine, president of the Australian Academy of Science, welcomed the ‘patent box’ tax break but said the budget overall was “mixed news”.

“The budget contains no significant new funding for fundamental discovery science and no initiatives to stem the loss of university science jobs,” he said.

The federal government has committed an unspecified amount of money to help fund an mRNA vaccine manufacturing facility in Australia. This will boost Victoria’s A$50 million commitment to setting up a centre. However, some of the federal funding will come from existing vaccine security funds.

Shine said the academy was “pleased” with that commitment. “Developing the capability will allow Australia to build resilience to future pandemics and potential biosecurity threats that require us to have the onshore capacity to mass-produce vaccines.”

The Association of Australian Medical Research Institutes said the budget held “few surprises” for its members. It welcomed a one-off top-up to the Medical Research Future Fund to compensate for lower-than-expected returns on investments.

Cybersecurity funding increased sharply in the budget, with a data security plan receiving A$1.8m and several other projects planned to secure mobile networks. Some of the extra money for cybersecurity is coming from reduced commitments to a business incubator programme for startup companies and to the Business Research and Innovation Initiative. That initiative is a targeted programme that supports research into government-identified “challenges”.

The vice-chancellors’ group Universities Australia expressed concern about the slow timeline in the budget for the reopening of Australia’s borders.

In a statement, it also said it had “welcomed” the extra research money contained in the October 2020 budget—possibly underlining the lack of a similar boost in this round.

Universities Australia also welcomed some social initiatives in the 2021 budget, particularly those around the aged care workforce, gender-based violence and mental health. Its statement singled out a A$1.1m project to create “industry PhDs”, A$54.2m to support international science collaborations and A$42.4m to create industry-linked scholarships for women studying science, technology, engineering and mathematics.