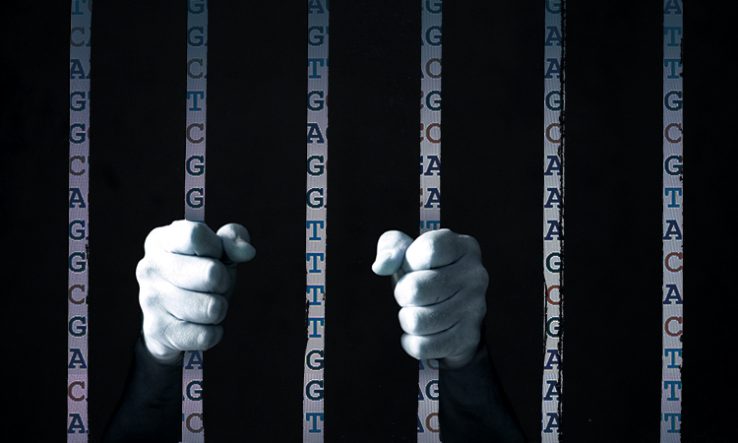 In 2003, when a New South Wales woman was convicted of killing all four of her children over a period of several years, it seemed another tragic case of family violence.

But over the ensuing years, Australian scientists and researchers have become convinced that new research casts serious doubt on the conviction of New South Wales woman Kathleen Folbigg, now 55.

Folbigg was originally convicted of murdering Patrick, Sarah and Laura, and of the manslaughter of a fourth child, Caleb, based partly on the perceived unlikelihood of four children in one family dying from unidentified natural causes. She remains in jail, where she continues to protest her innocence.

Scientific discoveries made in the past few years have persuaded many researchers that there may be another answer. An inquiry into the conviction was opened in 2018, which heard scientific evidence for the possibility that all four deaths were due to natural causes.

But the inquiry failed to find reasonable doubt about Folbigg’s convictions, and scientists have continued to agitate for a reassessment of the evidence.

Now, after years of public support by many scientists—including the Australian Academy of Science—a second inquiry has been launched into the conviction.

Announcing the inquiry on 18 May, NSW attorney general Mark Speakman explained that while the 2018 inquiry heard evidence relating to a genetic mutation found in two of the children, no study had been completed at that time into the effects of that mutation. That has since changed.

“Notwithstanding that Ms Folbigg has already had numerous attempts to clear her name, this new evidence, and its widespread endorsement by scientists, cannot be ignored,” he said.

Regardless of the outcome, the case has raised questions about how scientific evidence is handled by Australia’s legal system.

Fifteen years after Folbigg was put behind bars, an inquiry into her conviction was opened and new scientific evidence about potential causes for the deaths of the children was examined.

The two girls carried a novel mutation, called G114R, in a gene known as CALM2. The gene encodes for the protein calmodulin, which controls the transport of calcium in and out of heart cells. The inquiry heard that this mutation likely caused cardiac arrhythmias and sudden cardiac death in children.

Immunogeneticist Carola Vinuesa, who identified the mutation in 2018, says she first became formally involved with the inquiry after Folbigg’s lawyers approached her to help with genome sequencing of the Folbigg family. She and another scientist, Matthew Cook, wrote a joint report for the 2018-19 inquiry.

“One month before I was contacted about the Folbigg case, we found the genetic explanation for the deaths of four children in another family—a case that a team at the National Institutes of Health [in the United States] had been unable to solve,” she tells Research Professional News.

Vinuesa says there was no doubt the mutation carried by the Folbigg family was “pathogenic”, meaning it could cause disease, and that the first sign of it could be the death of a child. Other mutations of the calmodulin genes “have killed children in similar circumstances in the past”, she says, and those have been recorded in an international registry.

After the 2019 hearings but before a report was produced, Vinuesa and two other scientists, calmodulin mutations experts Peter Schwartz and Michael Toft-Overgaard, wrote to the commissioner of the inquiry to highlight the possibility of a genetic explanation.

Although they concluded that the CALM2 G114R mutation was the likely cause of the Folbigg girls’ deaths, the inquiry failed to find reasonable doubt about Folbigg’s convictions, partly based on interpretation of her diaries.

In his conclusion to the inquiry, former judge Reginald Oliver Blanch said that although “genetics is an area in which there will continue to be rapid advance, on the evidence before the Inquiry I find that there is no reasonable possibility that any of the Folbigg children had a known or recognised pathogenic or likely pathogenic genetic variant which caused their deaths”.

Since then, the effects of the gene have become clearer as Vinuesa and her colleagues published their renowned study into the impact of the CALM2 G114R mutation in 2020—after the inquiry had closed.

It is this study that is partly the reason why scientists have been so keen for a second inquiry to take place.

Vinuesa says it was “unfortunate that the commissioner at the 2019 inquiry did not place greater weight on the letters of two world experts in calmodulin mutations”—Schwartz and Toft-Overgaard.

“As a scientist, I found it difficult to understand why the commissioner chose not to reopen the inquiry [of 2018-19] and further investigate the calmodulin variant,” Vinuesa says.

“The fact that another inquiry has now been announced to do exactly what the commissioner chose not to do makes me question whether the Australian legal system is sufficiently well equipped to deal with matters involving complex scientific issues, such as the Folbigg case.”

The doubts of scientists like Vinuesa have been vital in securing the second inquiry. In 2021, after Vinuesa’s study was published, more than 90 of Australia’s leading scientists signed a petition demanding a pardon for Folbigg and her release based on the new scientific evidence. Since then, 67 more scientists have backed the petition.

In the petition, the scientists wrote that the case against Folbigg is “entirely circumstantial”, and that given the new scientific evidence about the genetic mutation, “a reasonable person should have doubts about Ms Folbigg killing her four children”.

“Deciding otherwise rejects medical science and the law that sets the standard of proof,” they added.

Speakman then announced that a new inquiry will scrutinise the new scientific evidence, which could offer a reassessment of the conviction.

But he denied the scientists’ request for an immediate pardon and said “it would not be appropriate…for the governor or me to receive private briefings from experts with a view to considering granting a pardon without that evidence being scrutinised independently in a public forum”.

At the time, Academy of Science chief executive Anna-Maria Arabia said that while the academy would seek to work with the inquiry to ensure the science was properly presented and evaluated, the academy remained concerned that “[Speakman] would prefer not to receive direct briefings and instead would rather have the evidence examined via another inquiry”.

In a later statement to Research Professional News, Arabia said the body had taken an interest in the Folbigg case because one of its roles was “to provide independent and authoritative scientific advice to build public awareness and understanding of science”.

“There is now new peer-reviewed scientific evidence from world experts that was not available when Ms Folbigg was convicted that calls into question the outcome of the trial and subsequent appeals,” she said in the statement.

“It is important that there are mechanisms in place for newly available scientific evidence to be appropriately evaluated in the legal system, and that the most appropriate experts are called to present the most up-to-date science to inform legal decisions.”

She said the original trial’s approach was informed by “a now debunked dogma” called “Meadow’s Law”, the principle that “one infant death is a tragedy, two is suspicious and three is murder until proven otherwise”.

“Multiple deaths in the same family from natural causes are also well-documented,” Arabia said. “Yet, Ms Folbigg’s trial focused heavily on the impossibility of recurrent natural death in the one family.”

The inquiry will be carried out by a former chief justice of the NSW Supreme Court, Thomas Bathurst.

Folbigg’s lawyer, Rhanee Rego, said in a statement that the team expected “a cooperative approach to establishing the scope of the inquiry” and that “it must deal comprehensively with the new genetic evidence” and new evidence from Folbigg’s diary.

When asked to comment, a spokesperson for Speakman directed Research Professional News to his earlier statement that, “given this matter will now be the subject of an independent judicial inquiry, I do not propose to provide any further comment at this time”.

As they prepare evidence for the inquiry, researchers will have to hope that the scientific evidence will play a bigger role this time around.